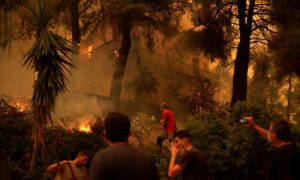 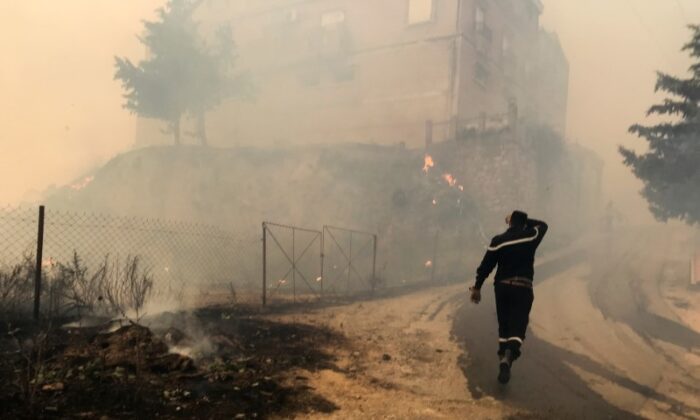 Dozens of wildfires have spread in Algeria and killed at least 42 people, including 25 military men deployed to help put out the blaze, authorities confirmed on Tuesday.

A government official in the North African country said arson is suspected for the blazes and an investigation will be launched to identify those behind it. He didn’t provide more details on the allegations.

“Only criminal hands can be behind the simultaneous outbreak of about 50 fires across several localities of the province,” Interior Minister Kamel Beldjoud said on state television.

Speaking on state television on Tuesday night, Prime Minister Ayman Benabderrahmane said the death toll had risen to 42, including 25 members of the military. The government was in “advanced talks with [foreign] partners to hire planes and help speed up the process of extinguishing fires,” he added.

“We had a horror night. My house is completely burnt,” said Mohamed Kaci, who had fled from Azazga village to a hotel with his family.

Many of the fires were reported in Tizi Ouzou, a populous city in the region of Kabylie located east of Algiers, the capital of Algeria, according to France24. Multiple other fires broke out in provinces across the country.

Algeria is among several Mediterranean countries that have been hit by recent wildfires.

In Turkey, firefighters have been fighting blazes for 13 days straight, as fire crews have now brought nearly 240 blazes under control. Turkish authorities confirmed that eight people have died so far.

Wildfires across Greece have been burning for more than a week as fire crews in the country, along with foreign firefighters and volunteers, battle the blazes.

Meanwhile, fires have also ravaged several parts of the United States, mostly in Northern California, with the Dixie Fire currently the largest. Nationwide, some 100 large blazes are burning across 15 states, with authorities saying on Aug. 8 they are searching for at least five people who went missing.