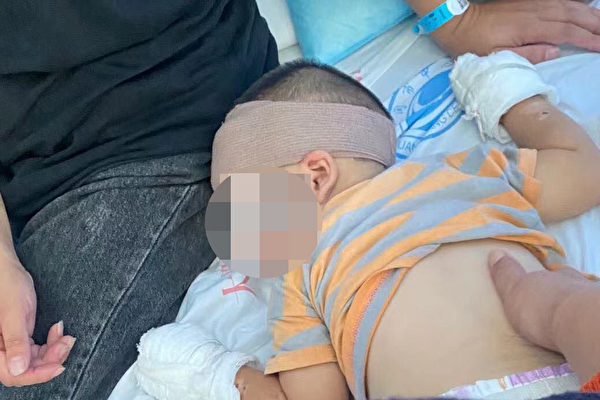 A former Chinese Communist Party (CCP) chief in a central Chinese village set the room on fire during a large birthday celebration, causing three deaths and over 20 injuries. The state-controlled media didn’t report the incident for over 10 days.

On Oct. 1, about 80 guests attended an indoor birthday party for senior citizen Chen Dayan in Chengzheng Village of central China’s Hubei Province. However, Chen’s fellow villager and rival, Chen Yunlin, a former local Party boss, showed up with two containers of gasoline in his hands. The latter poured the gasoline on the floor and ignited it with a lighter—instantly engulfing the gathering in flames.

Two villagers told the Chinese edition of Epoch Times that Chinese authorities covered up the felony; so it was unknown to the public for more than 10 days. As the event spread on social media, state media outlets began to cover the story, but didn’t provide specific details about the arson. The state-run media distributed misleading details, the interviewees said.

State media outlets claimed that both the targeted man and the arsonist were former Party chiefs in the village, and that their feud originated over financial disputes.

“Chen Dayan has never been a Party chief,” villager Li Mei (alias) said, rebutting the state media narrative in an interview with the Chinese edition of Epoch Times on Oct. 12. “He’s a rank-and-file farmer.”

As to Chen Yunlin, the interviewee described him as a bully, 59, with connections to local authorities—specifically a former corrupt Party leader.

Additionally, Li disclosed that one of her fellow villagers exposed the arson on China’s Twitter-like Weibo, but had to delete the post under police pressure. She also said local authorities had suppressed the tragic news from the public until Oct. 12, when they found they couldn’t hold it any longer.

Another villager surnamed Chen, a relative of Chen Dayan, gave the Chinese edition of The Epoch Times more details about the case.

“Someone on the scene spotted him coming and tried to block him from entering,” the interviewee said. “But it was too late, the flames went horribly wild in just a few seconds.”

He said three people were killed and 20 sustained serious burns. Those with burns are currently in ICU, not approachable, with most of them with burns to 60 to 80 percent of their bodies. Six other people were in general wards.

“All the killed and injured were relatives, friends, and neighbors,” said the interviewee.

Li confirmed the three deaths: an elderly person who was over 70, an 8-year-old girl who was a neighbor, and a 34-year-old person, also surnamed Chen, a traffic officer, whose 4-year-old daughter suffered severe burns.

She added that Chen Dayan’s entire family was stricken with grief for the loss and suffering of friends and family.

Police captured Chen Yunlin at around 5 p.m. on the same day, .

The interviewee surnamed Chen attributed the arsonist’s motive to revenge. Chen Dayan reported that the former village chief failed to compensate villagers over land use during his leadership.

Li said both Chen Yunlin’s son and his brother were involved in the case. The exact number of co-conspirators is yet to be ascertained, but she said the case likely involves other people.

On Oct. 13, The Epoch Times reached out to town officials and police officers to verify details but received no response from either .

Gu Xiaohua and Gu Qing’er contributed to this report.