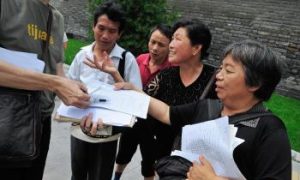 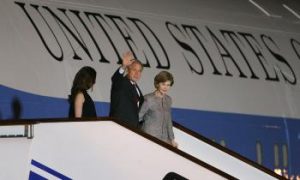 Arson Arrest Made in Texas Wildfire, as Blazes Ravage State

A homeless man was arrested on Monday, April 18 in connection with the Texas wildfire that has burned 100 acres and damaged around a dozen homes in Oak Hill, according to local media reports. Oak Hill is a community in the city of Austin in the southeastern part of the sate.

Michael Bernard Weathers told authorities that he accidentally caused the fire by leaving hot coals at his campfire unattended, reported the Austin American-Statesman. His bail has been set at $50,000 and he is in jail on felony arson charges.

Weathers said that he left the coals to go to a nearby convenience store on Sunday morning, according to an arrest document, said the Statesman. That fire is around 50 percent contained, officials said.

Most of the unprecedented number of wildfires in Texas are from natural causes such as lightning strikes, according to the Forest Service. Human causes include burning outside, which has been banned during the drought, and welding fences.

Firefighters said that most of the threatened Oak Hill residents have been evacuated, according to the newspaper.

The news came as the Texas Forest Service said they are deploying more aerial units to help battle a slew of wildfires that have raged across the state.

As of Monday, firefighters are battling blazes covering around 650,000 acres in the Lone Star State.

“The last week has been bad, but now even more people will be at risk,” said Tom Spencer, Texas Forest Service Predictive Services department head in a news release. “The wildfires could reach down into more densely populated areas.”

“In an effort to slow the spread of the flames, ground crews already have been utilizing some air resources – specifically helicopters and fixed-wing aircraft including single engine air tankers … for air reconnaissance and water and fire retardant drops,” the Forest Service stated.

New firefighting-specific aircraft were deployed on April 18 to provide more support. Fire fighters will use MAFFs (Modular Airborne FireFighting Systems) and a DC-10 airtanker to try to defeat the fires, according to the Forest Service.

As the Forest Service noted, resources have been sparse and are spread thin. “These additional aerial resources hopefully will provide some much needed relief for both communities and firefighters,” said the statement.