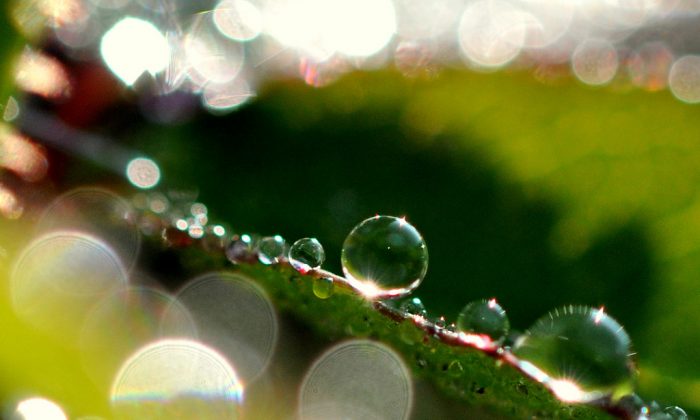 "This is a new trigger for arsenic contamination that wasn't appreciated before," Scott Fendorf says. (Heather/CC BY-ND 2.0)
Environment

Can water ever be too clean? If the intent is to store it underground, the answer, surprisingly, is yes.

In a new study, scientists show that recycled water percolating into underground storage aquifers in Southern California picked up trace amounts of arsenic because the water was too pure.

The research, published online in the journal Environmental Science & Technology, sheds light on a poorly understood aspect of groundwater recharge with purified recycled water, namely the potential mobilization of arsenic. Arsenic is a naturally occurring element that can cause organ failure and cancer in humans with prolonged exposure above established health thresholds.

The finding has implications beyond California, as more communities are increasingly tapping into and actively managing their groundwater resources to combat drought and dwindling water supplies.

Water Is Life; We Can’t Afford to Waste It

“Globally, as we’re pushing our water resources, the use of groundwater, the replenishment of groundwater and subsurface water storage are all on the rise,” says coauthor Scott Fendorf, professor in Earth sciences and a senior fellow by courtesy at the Stanford Woods Institute for the Environment.

The problem first came to light when the Orange County Water District (OCWD) in Fountain Valley, California, noticed that recycled wastewater that had undergone a rigorous purification process showed temporary, low-level increases in arsenic after it percolated into soils and sediments from recharge basins (essentially large, artificial surface ponds) into underground storage aquifers.

Orange County differs from most communities in that it purifies treated wastewater instead of discharging it directly into rivers and oceans. The water purification process at OCWD, known as the Groundwater Replenishment System, is one of the most advanced in the world and involves three major steps: microfiltration, reverse osmosis, and a final cleansing with ultraviolet light and hydrogen peroxide.

“Reverse osmosis is really the heart of our process, and it involves forcing water through a semipermeable membrane that is essentially designed as a molecular sieve, allowing water molecules to pass through but rejecting other dissolved molecules and ions,” says coauthor Jason Dadakis, OCWD’s director of health and regulatory affairs.

The purified water is then piped 13 miles from the treatment plant to recharge stations, where it seeps into underground aquifers and is stored for at least six months before it is released for use by the county’s 2.4 million residents. The OWCD carefully tracks the water through each step of the purification and storage process.

Beginning in 2009, results from groundwater monitoring wells near the recharge basins first detected increased arsenic levels, and in some cases the levels were just above the acceptable US drinking water standard of 10 micrograms per liter. The arsenic spikes were transient, and returned to acceptable background levels by the time the water was extracted for use farther away.

“At no point was the groundwater delivered for public consumption in the area unsafe, but the OCWD was considering expanding its recharge of purified recycled water, so we thought it was prudent to get a better understanding of what was going on,” Dadakis says.

An OCWD investigation revealed that when the recycled water first arrived at the recharge basins, it was free of arsenic, so the contamination must have happened as the water seeped underground. However, none of the normal trigger mechanisms for arsenic contamination seemed to apply. For example, in Southeast Asia, arsenic contamination is largely due to bacteria removing oxygen from the soil and creating anaerobic conditions that cause arsenic atoms to migrate from sediments into the water. But the OCWD aerated their water, so low oxygen levels were not to blame.

OCWD investigators also noticed another curious thing: Only the purified recycled water triggered the arsenic spike. Local runoff and imported water from the Colorado River did not pick up arsenic as it percolated into the recharge stations. Puzzled, Dadakis enlisted the help of Fendorf, a soil scientist at Stanford’s School of Earth, Energy & Environmental Sciences.

Fendorf’s team analyzed sediment samples from the recharge stations and discovered that arsenic was present in very low concentrations in a thin band of clay above the aquifers. That explained where the arsenic was coming from, but not how the arsenic was getting into the water.

Further experiments eventually revealed the culprit: The water was too pure. In particular, the distilled water from the treatment plant was lacking in calcium and magnesium; this deficiency caused calcium and magnesium atoms in the sediments to migrate into the water and off of charged clay particles that harbored the arsenic.

“This is a new trigger for arsenic contamination that wasn’t appreciated before,” Fendorf says.

Now that the cause of the arsenic spike is known, OCWD is experimenting with ways to fix the problem. One possible solution is to add more calcium to the water during the treatment process.

“We’ve altered some of our post-treatment operations here,” Dadakis says. “We keep a closer eye on the calcium level and have actually boosted it recently, in part due to the recommendations coming out of Scott’s work.”

Fendorf notes that as more communities consider manipulating groundwater resources and increasing subsurface water storage, the risk of large-scale contamination increases. “It only takes a little bit of arsenic or other elements to contaminate a big aquifer,” Fendorf says. “In Orange County, the contaminant was arsenic, but in other areas, it might be uranium, chromium, selenium, or boron, as examples.”