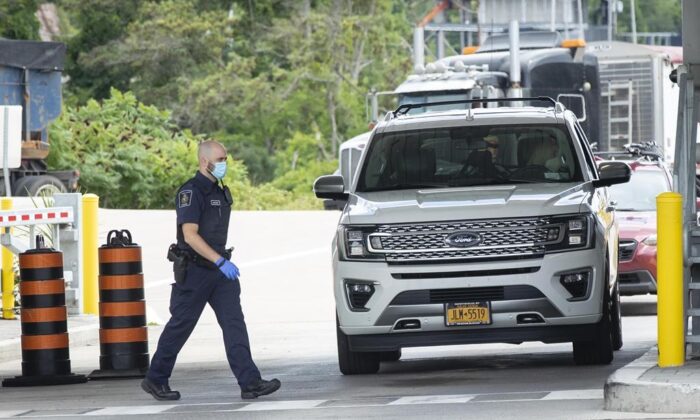 A Canadian traveller who complied with the use of ArriveCan app at the border and went through without issue has nevertheless been ordered into quarantine by the government service.

David Crouch of Ridgeway, Ont., told the National Post he filled out the ArriveCan app and was waved through by the border guard last week when he entered the Canada-U.S. border 15 minutes from his home.

Yet after arriving home, he received an email notification from ArriveCan telling him to quarantine for 14 days. He did not test positive for COVID-19, nor did he have any symptoms of the disease.

“I checked my email and there’s an email from ArriveCan, saying you are quarantined. This is your second day of quarantine,” he told the Post.

Crouch, who is quadruple vaccinated, said he frequently crosses the border to shop and visit friends and holds a Nexus card to facilitate the travel.

He’s now trying to fill out the app again to travel in the coming week, but can’t do so because of being ordered by the app to isolate.

Crouch told the Post he’s been trying to resolve his situation by contacting different government hotlines but without success.

The use of the ArriveCan service via a smartphone app or web portal is mandatory for any traveller wishing to enter Canada.

Travel details and personal health information must be filled out within 72 hours before entering Canada.

The Canadian Border Services Agency (CBSA) and the Public Health Agency of Canada (PHAC) are responsible for managing the service.

CBSA previously told The Epoch Times that vaccinated travellers can be offered a one-time exemption from using the service if they’re unaware of the mandatory use of ArriveCan.

Otherwise, failure to comply can result in a hefty fine of $5,000 plus surcharges.

As of July 7, PHAC says 64 such fines have been issued.

“While we are aware some travellers may have experienced some glitches, in cases where people have issues using the app, the CBSA’s top priority is always to help and educate, not be punitive,” Audrey Champoux, press secretary to Public Safety Minister Marco Mendicino, told the Post.

CBSA and PHAC were both contacted for comment on Crouch’s case and issues with ArriveCan glitches but neither replied by publication time.

“ArriveCan has been a disaster for our community in terms of its impact on our tourism community,” Baldinelli said.

Federal authorities say that the use of ArriveCan has streamlined border processing and is necessary to detect new virus variants.

“It is the fastest, easiest and most secure way for travellers to show they meet public health requirements,” CBSA spokesperson Rebecca Purdy said in a July 15 email.

Shaun Rickard, an applicant in one of the four lawsuits challenging the vaccine mandate for travel, told The Epoch Times on July 18 that he has collected enough funds to file an injunction against ArriveCan and the mandatory 14-day quarantine for unvaccinated travellers.