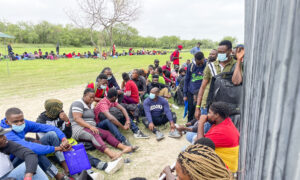 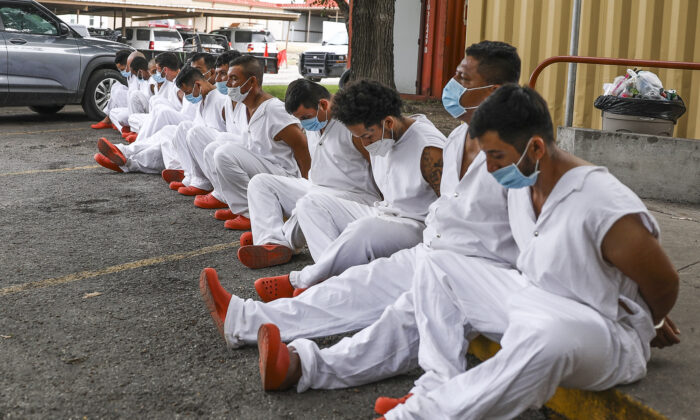 Arrests at US–Mexico Border This Year on Track to Set Record: Expert

The number of illegal border crossings ending in apprehension by U.S. agents is on track to set a record by the end of the year, according to a new analysis.

The current record was set in 2000 under President Bill Clinton, when more than 1.6 million illegal immigrants were arrested that year after crossing the border.

At this point, 2021 will “almost certainly” break that record, according to Steven Kopits, president of the conservative Princeton Policy Advisors.

“Barring a major change in policy, calendar year 2021 will go down as the all-time record for apprehensions at the southwest border, and possibly by a significant margin.” Kopits told The Epoch Times via email.

As of Aug. 1, there have been 1,066,831 recorded apprehensions of illegal immigrants along the U.S.–Mexico border. The decline typically seen during hot weather hasn’t happened. Instead, the number of arrests has increased every month since President Joe Biden took office.

Even without that group, the number of apprehensions was nearly double the next highest July in the past 21 years. That was July 2000 under Clinton, when 111,400 immigrants were arrested.

At this point, it’s possible that the current fiscal year, which ends on Sept. 30, could also set a new record, according to Kopits’s analysis. Nearly four months of fiscal 2021 was under the Trump administration.

There are parallels between the current crisis and that seen during the Clinton era, beyond both presidents being Democrats. They include the economy in both instances being strong, with numerous job openings.

“When the economy’s hot and there are lots of open jobs, illegal immigrants will cross the border to fill them. It’s that simple,” Kopits said. “The last time the job market was this strong was during the Clinton administration and in the early 2000s under Bush. So the migrants are coming. Then you throw on top of that a sympathetic Biden administration that’s not doing very much to enforce the border, and you get really large numbers.”

Kopits believes that Homeland Security Secretary Alejandro Mayorkas will be ousted in the near future, and that the Biden administration will start cracking down on illegal immigration, if border crossing records are set.

“This is going to become more and more of a crisis for the administration. They’re going to be forced reverse course, and pretty soon,” he said.

Biden, Mayorkas, and other administration officials have largely defended their approach to immigration enforcement, claiming that the Trump administration’s policies weren’t working and that it takes time to overhaul the system.

“Our plan has four pivotal parts: addressing the root causes; rebuilding and building safe, legal, and orderly pathways for migrants to apply for relief under our laws without having to take the perilous journey north; improving security, management, processing, and other measures at our border; and attacking the smugglers,” Mayorkas told reporters in Texas last week. “We’ve done a great deal. And we need to do more.”