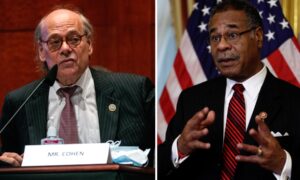 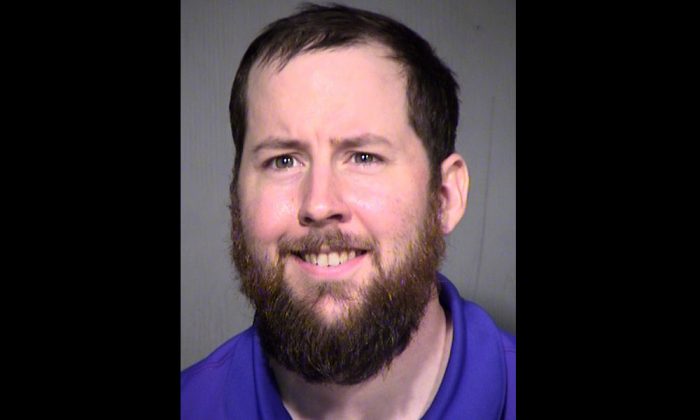 A man seen on a security camera video getting hit with a pepper ball in the groin after throwing a gas canister in the direction of police officers during a protest in Phoenix was booked Thursday night on four criminal charges.

Joshua Stuart Cobin, 29, of Scottsdale, Arizona, was booked on three felony counts of aggravated assault on police and one misdemeanor count of unlawful assembly.

Cobin was protesting Donald Trump’s arrival on Tuesday, Aug. 22 in Phoenix, where the president was expected to pardon Sheriff Joe Arpaio.

According to court documents, announcements were made by police to the protesters to disassemble and leave the area. “The defendant was seen running back and forth in front of the police line of officers, disrupting the crowd and being generally unruly and clearly refusing to disperse,” the documents said.

They also state that after he tried to kick a smoking tear gas canister at police, he picked it up and threw it at them. Cobin was wearing a gas mask at the time.

He then picked up a second smoking canister and threw it at police too, the documents say.

A day after the protest, Cobin told CBS 5 that he didn’t think he had done anything wrong.

“I don’t equate kicking or putting back tear gas canisters as attacking police. I never attacked a police officer,” he said.

He told the outlet what he and the other protesters were doing was not illegal.

“That was not an unlawful assembly and that I had every right to be there. And that tear gas was in the way of myself and every other peacefully assembled protester being there,” he said.

Corbin, a sales and support representative at Go Daddy, spent Tuesday night in the emergency room, he told CBS 5, for inhaling pepper spray and for second-degree burns on his right hand from picking up a hot can of tear gas.