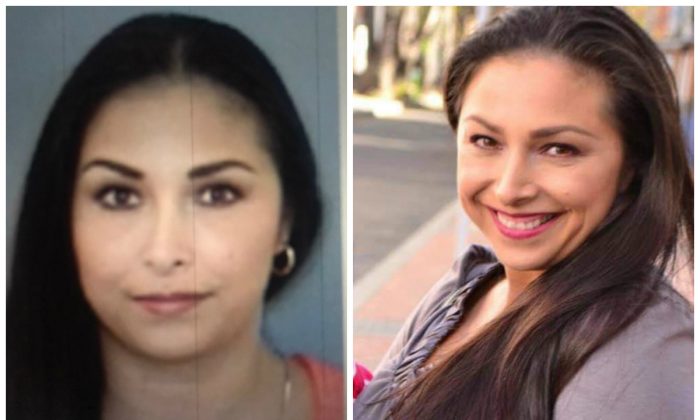 Diana Keel, 38, went missing on March 8, 2019. A body was discovered four days later that law enforcement officials say was likely to be Keel, leading to the naming of her husband as a person of interest. (Nash County Sheriff's Office)
By Tiffany Meier

A first-degree murder warrant has been issued for the husband of a Nash County woman who was found dead five days after being reported missing, police have confirmed.

Authorities had previously considered Keel to be a person of interest in the slaying of his wife, Diana Keel, 38, but now he will be charged for her murder, Sheriff Keith Stone told WRAL, on Friday, March 15.

Keel is considered armed and dangerous and was last seen in Nashville, Tenn. authorities said.

Diana Keel was first reported missing by her daughter on March 7, reported ABC11. She was last seen by her husband the next day, on March 8, he told Nash County Sheriff’s Office deputies.

.@NashCountySO says Alejandra Keel was last seen by her husband on Friday. Deputies remain outside her home on Old County Home Rd after checking when her employer said she didn’t come in for work for a few days. @ABC11_WTVD #ABC11 pic.twitter.com/QwQOTjPnRb

The woman’s disappearance led to a massive manhunt. On March 12, her body was found about 30 miles from her home.

After the body was discovered, Lynn was brought in and questioned by detectives. At the time, he was named as a person of interest but had not been charged yet, officials told WSOC-TV.

#Breaking @NashCountySO issues warrant for Lynn Keel, after daylong search for him. Wanted for the murder of his wife, he may be headed to Wilson. @ABC11_WTVD pic.twitter.com/kibECeKpIH

“We’re just going to take it step-by-step and take our time with the investigation,” Stone said. “I’ve heard nobody that knew her had anything negative to say about this woman. What a tragic event, even more tragic we now have a 10-year-old without a mom.”

Diana’s family said her marriage was not working out. Her mother said she had even planned to divorce Lynn but her husband had threatened her not to proceed, according to ABC11.

“My sister would not leave her kids alone,” Diana Keel’s brother Mauricio said from his home in Columbia. “She is joyful, she is caring, she is a great mother, she is the best sister ever. She’s like a guardian angel.”

Diana Keel’s church family is emotional, praying shortly after learning a body was found. They are also praying her children, 19 year-old Laura and 10 year-old Max. The body has still not been identified. pic.twitter.com/beoXUfq0Tm

Taryn Edwards, who said she was best friends with Diana Keel for 10 years, said she had been helping her to leave her husband before he put a stop to their friendship, she said.

She said she never felt comfortable with Lynn Keel around.

“It was just the atmosphere and the aura that, you know that vibe that you get from somebody, it was always very tense,” she said.

On TV: At 10 on FOX 50: Diana Keel’s best friend says she tried to help her leave husband now charged in her death #wral https://t.co/KgjfC9dVMz

Despite wanting to get a divorce, Diana never indicated she was afraid of being physically harmed by her husband according to Edwards.

“I wish I had found some way to stay in communication with her, and I’ll never forgive myself for that,” she said. “I’m so sorry that I didn’t protect you more.”

On the other hand, Diana’s mother, Esperanza Prada feared for her daughter’s safety. “I am afraid for my daughter,” Prada told WTVD from her home in Colombia. “I want my daughter to appear.”

“Years ago, my daughter wanted to separate from (her husband) but she couldn’t because he threatened her,” Prada added.

Diana is not the first wife of Lynn to have die.

She died from a blunt force trauma to her head but the medical examiner ruled her death as an accident.

Authorities believe Keel is driving a 1998 Chevy pickup truck, pewter/gold in color, and with North Carolina registration plate BBM9232. Anyone with information about his whereabouts is asked to call the Nash sheriff at 252-459-4121.

Tiffany Meier
Tiffany Meier is a New York-based reporter and host of NTD's "China in Focus."