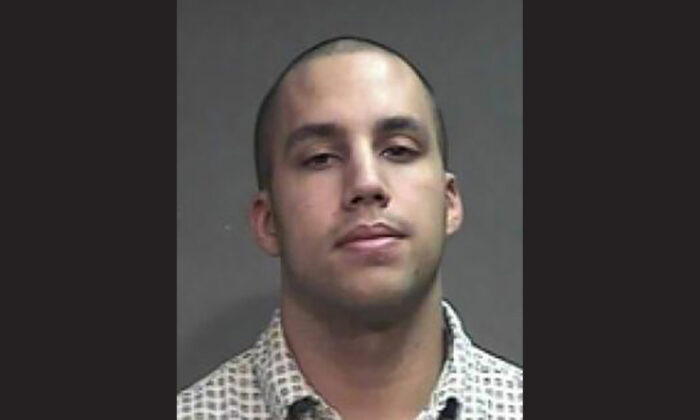 SAN JUAN, Puerto Rico—Last week, phones across Puerto Rico began to ring as members of a private WhatsApp group dedicated to helping others in the U.S. territory stared at their screens in disbelief.

The businessman they knew as administrator of that chat—someone who organized philanthropic efforts such as a Christmas toy drive for needy children and renovations for an elementary school—had just been arrested.

Conor Vincent D’Monte, who went by Johnny Williams in Puerto Rico, was allegedly a leader of a violent gang sought by Canadian authorities on charges including first-degree murder. He had been on the run for more than a decade.

Authorities don’t know exactly when D’Monte, 44, arrived in Puerto Rico, but they believe he had been using the alias “Johnny Williams” for at least several months. The 6-foot, 1-inch fugitive settled into a rural, eastern mountain community near El Yunque rainforest, living in a house on a street with no name in a working-class neighborhood, Torres said.

Every month, D’Monte would accompany employees of a nonprofit organization known as Karma Honey Project to a farmer’s market in the nearby city of Carolina, said a woman who lived in the same community and sold goods next to his stall. She declined to give her name out of fear.

“No one knew anything,” she said, adding that she always was struck by his quiet demeanor. “We were surprised.”

D’Monte remains in federal prison in Puerto Rico as he awaits an extradition process. His public defense attorney declined comment, but she noted in a court hearing on Thursday that D’Monte, who has Canadian and Irish citizenship, requested that the consulates of those countries be notified.

Those who met D’Monte said he never made any efforts to hide. He even met with Puerto Rico’s agriculture secretary and a local senator and was invited to the governor’s mansion last month for his role in trying to save honeybees after Hurricane Maria as part of his involvement with the Karma Honey Project, a nonprofit company created in February 2019. Its president, Candice Galek, is a Miami entrepreneur and former model. Neither Galek nor her company returned messages for comment.

In its 2020 annual report, the most recent one available, the company stated that its volume of business did not exceed $3 million. Its balance sheet reported no assets or liabilities, according to filings with Puerto Rico’s Registry of Corporations and Entities.

“The guy fooled us all,” said a Puerto Rican businessman who asked that his name not be used out of fear.

He said he met D’Monte in the early days of the pandemic after being added to his WhatsApp group, and that D’Monte was known as “Johnny Teeth,” because his teeth were so white and straight. The businessman described D’Monte as a “tremendous sales guy” who was very jovial.

“It struck me that he didn’t have Facebook or any of those things because he truly was a great networker,” the businessman said, adding that D’Monte once called him asking if he could borrow a hammer since he was helping repair a school.

When he was working on the Christmas toy drive, D’Monte messaged his WhatsApp group warning they were 500 presents short and that he was “grinding” to get donations as he noted that the prices went up 40% at the toy distributor warehouse: “Caught us off guard. Will figure it out. Universe conspires,” he wrote, adding three different star emojis.

It’s unclear why D’Monte chose Puerto Rico or if he knew anyone in the U.S. territory.

He is accused in the killing of a rival gang member at a Vancouver strip mall in February 2009, at a time when that part of British Columbia was experiencing one of the worst gang violence outbreaks in its history, according to a police statement.

D’Monte also is accused of conspiring to murder two alleged rival gang members known as the Bacon Brothers, according to the Royal Canadian Mounted Police.

The “United Nations” gang that D’Monte allegedly belongs to is considered one of the most powerful ones in British Columbia and is best known for exporting one of the most popular marijuana strains in the U.S. mainland: the B.C. bud.

At its height, the gang had an estimated 200 members, and they often sport tattoos of tigers, dragons and Chinese characters. The gang also imports firearms and other drugs including cocaine, making millions of dollars a year, said Keiron McConnell, a criminal justice expert and professor at Kwantlen Polytechnic University in Surrey, British Columbia.

McConnell said it’s highly unusual for fugitives to be on the run for as long as D’Monte and to successfully assimilate themselves into a community.

D’Monte, who police said has traveled to Spain and Asia and allegedly is associated with a drug network in Mexico, was last seen in the Vancouver area in January 2011. After that, he vanished until he reappeared in Puerto Rico more than a decade later.

Torres, with the U.S. Marshals Service, said high-profile fugitives often assume the profile of a very wealthy person because they have the means.

“It doesn’t raise any red flags,” he said. “It will draw attention, but not suspicion. They just act like a businessman.”

As D’Monte drove through the popular tourist district of Isla Verde on Feb. 25, the agents closed in.

D’Monte was alone, except for a 9mm at his side.