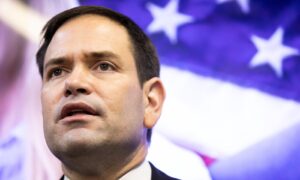 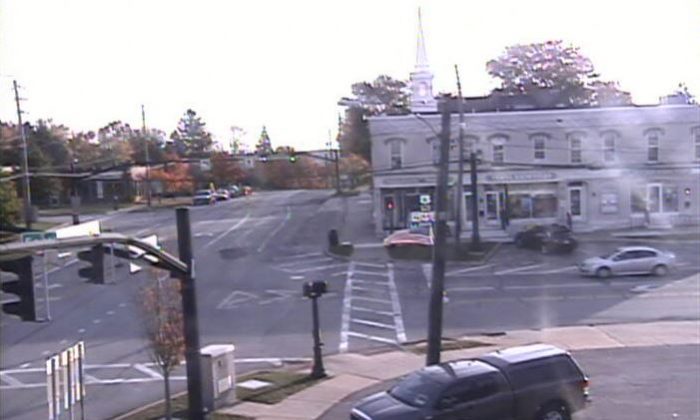 A screenshot from a live camera feed shows a street corner in Chardon, Ohio, which ISIS was passing around to discuss a possible attack. (BLACKOPS Cyber)
US

Arrest Made Amid ISIS Terror Plot In Ohio

Southern Ohio’s Joint Terrorism Task Force (JTTF) arrested an Ohio man on terrorism-related chargers on Nov. 7 when he attempted to travel to Libya.

Aaron Travis Daniels, 20, allegedly “communicated his commitment to violent overseas jihad” and wired money to an ISIS recruiter and “external attack planner,” according to the Justice Department.

Daniels, who used the aliases Harun Muhammad and Abu Yusef, was arrested by  JTTF officers as he tried to board a flight in Columbus, Ohio. He is being held without bond.

The arrest comes just days after Epoch Times reported ISIS was planning a spree of attacks around the world, including potential attacks in Chardon, Ohio, which is about a 2.5 hour drive from where Daniels was arrested.

ISIS communications on the attacks were captured in mid-October by BLACKOPS Cyber, a private intelligence company. Members of the ISIS United Cyber Caliphate were hacking internet cameras, which they believed could help terrorists carry out murders and hide their tracks. Manipulating the video feeds was also believed to increase the shock impact.

It’s unclear whether the arrest had any ties to the ISIS plots.

His plan was to travel to Trinidad, then to Libya to fight for ISIS, said a statement from the Justice Department. This was disrupted, however, as he communicated this plan to an undercover FBI agent.

Daniels was arrested for trying to provide material support to a foreign terrorist organization. He faces up to 20 years in prison.