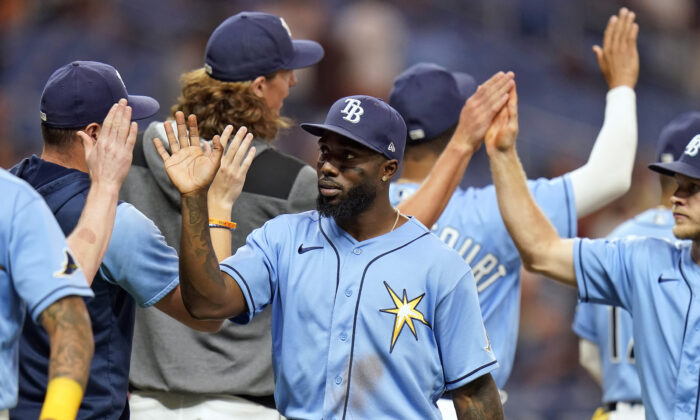 Jeffrey Springs pitched effectively into the sixth inning for the Rays, who have won eight of 10 and moved a half-game ahead of Toronto and Seattle in the AL wild-card race.

Arozarena hit his 17th homer of the season, and fifth in 12 games, off Tucker Davidson (2–4) after Mike Trout had tied the game in the fifth with an RBI single.

Springs (6–3) gave up one run on five hits in 5 2/3 innings, striking out seven. Three of the Angels’ hits came in the fifth inning, including Trout’s two-out single.

Shawn Armstrong pitched the ninth to earn his first save for the Rays.

Davidson gave up two runs on six hits in five innings for the Angels, who have lost six of seven. Los Angeles struck out 12 times and left nine men on base.

Shohei Ohtani fanned in a pinch-hit appearance with two men on in the sixth. The AL MVP and two-way star left his mound start at Detroit on Sunday after four innings because of a stomach virus.

RHP Phoenix Sanders was designated for assignment to make room for Anderson on the 40-man roster.