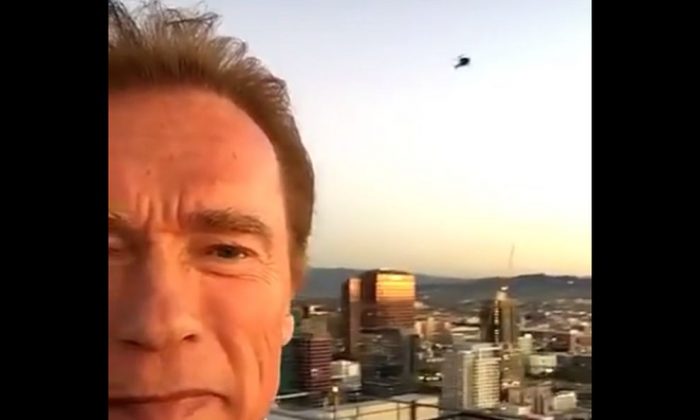 Arnold Schwarzenegger possibly released the best Snapchat video ever, quoting a line from his 1987 masterpiece, “Predator.”

“A view of Los Angeles… Get to the choppa!” he says, while standing before a view of the city, showing that the meme will never die.

While it’s unclear if the actor-turned-former governor of California was planning the video that way, the clip has made fans of his one-liners quite excited.

The Lad Bible’s Facebook page proclaimed it the “greatest” Snapchat video of all time.

And here’s the original in all of its glory: