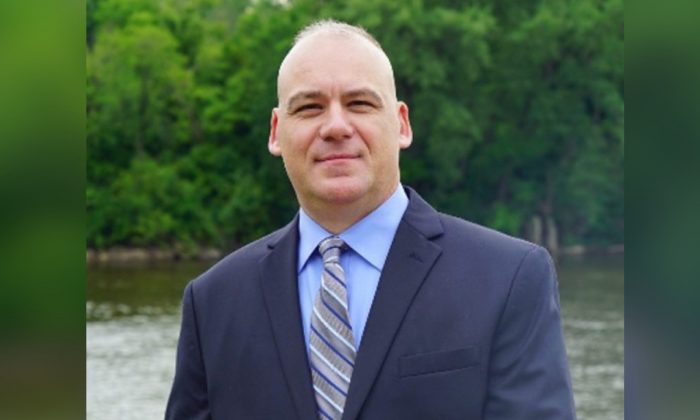 Army Veteran, Police Officer Challenges Ilhan Omar for Congress Seat: ‘I’m Going to Be a Voice’ for the People

Rep. Ilhan Omar (D-Minn.) is facing another challenger for her seat in the House.

Longtime police officer and decorated army veteran Chris Kelley recently announced his bid for Minnesota’s 5th Congressional District. Kelley, who served 27 years in the U.S. Army and the Army Reserves and is a 20-year veteran of the Minneapolis Police Force, said he was first motivated to run against the freshman congresswoman following her trivialization of the Sept. 11 terrorist attacks as “some people, did something.”

“It was a slap in the face to the people that lost their lives there and the first responders in general,” Kelley, who was deployed once during Operation Desert Storm and twice during Operation Iraqi Freedom, told The Epoch Times. He said the comments were disrespectful to the nearly 3,000 people who lost their lives and first responders who worked tirelessly in the aftermath of the tragedy.

Kelley, who is running as an Independent, said he thinks Omar is spending too much time promoting herself and being a “celebrity” and has neglected the people who had voted for her.

“She’s really not doing anything for her district. She seems to be doing a lot of self-promotion,” he said. “You know, realistically, our representatives are servants of the people and that should be their primary goal.”

These comments ignited a fiery war of words between President Donald Trump and Omar along with several other progressive congresswomen, during which the president called them out for spreading anti-Semitic and anti-American rhetoric.

Kelley said that as citizens of a free country, Americans can disagree with policies or have different approaches, but it is important they love their country.

“You know here’s somebody, a congressperson with a story. I mean look where [Omar] came from and now she’s a U.S. congressperson. I mean that’s something to be celebrated. You know, I think that is a true American success story for what she did. But it does seem, from what we’re seeing in the news, that she is kind of ungrateful and kind of stepping on our country,” he said, saying that he doesn’t understand why Omar would make such controversial comments about the United States as a whole.

Kelley, who has a 5-year-old son, said that if elected there are a range of issues he wants to address, including anti-terrorism recruitment, election integrity, term limits, mental health reform, national debt, and security for schools and places of worship. But he said immigration is one of the most critical issues plaguing the United States.

“The immigration issue has to be addressed. This has really been a bipartisan failure of Congress,” Kelley said. “All you see is a lot of Congresspeople attacking the Border Patrol, ICE, and whatnot. They’re doing their jobs.”

Kelley does not agree with the Democratic push for open borders.

“To have a country, you have to have a border [and] you have to be able to secure the borders,” he said. “I’m not against people coming in for immigration by any means, but having an open border—just do what you want—it’s crazy.”

He said he believes the Democrats are just pandering for votes by pushing such an agenda. “This is an emotional topic and they’re saying things they think people want to hear,” he said.

Presidential hopeful Sen. Elizabeth Warren (D-Mass.) also came out earlier this month to unveil a plan in a blog post on Medium to repeal a law that makes unauthorized entry into the United States illegal.

Kelley said he vows to run a “good factual honorable campaign,” adding that he does not plan to “sling mud” at his opponents. He said ahead of him is an uphill battle against a heavily Democratic district but his passion for public service is what is keeping him going.

“I’m going to be a voice for them,” he said. “It’s very important for elected leaders to listen to the people. And you have to respond to your constituents even if it’s something you don’t agree with.”