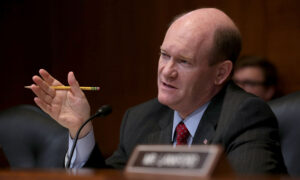 A military veteran who sells clothing has come out with his latest product. Nine Line Apparel has introduced its “Just Stand” clothing line, directly countering Nike’s “Just Do It.”

Nike, a longtime sponsor of the former quarterback, announced on Labor Day as the face of its latest ad campaign, the 30th anniversary edition of its original “Just Do It” slogan.

Merritt told American Military News that he considered the new Nike ads, which feature the slogan “Believe in something, even if it means sacrificing everything,” to be “disgraceful.”

Merritt is not just a former member of the military. He was actually a front-line fighter.

Merritt survived multiple deployments in Iraq, Afghanistan, the Arabian Peninsula, and South America as an Apache helicopter pilot and Special Operations Air Mission commander in the 160th Special Operations Aviation Regiment. He flew in support of special forces missions, and earned a Bronze Star and several air medals for his conduct in combat.

When it comes to talking about sacrifice to people who have actually served and still serve in the armed forces, “You understand the background of saying this individual ‘sacrificed everything,’” Merritt told American Military News.

As an example Merritt cited Pat Tillman, who gave up his NFL career to fight for his country, and then paid the ultimate price for his patriotism.

Nine Line has opposed protests during the national anthem since 2016, when Colin Kaepernick first knelt during the anthem to call attention to police brutality and black inequality.

“This isn’t a new stance,” Merritt said. “Ever since he took a knee, we’ve been adamant about our opinions on the matter and how we feel.”

Merritt thinks that by choosing Kaepernick, Nike is tacitly endorsing the pregame player protests. “They decided to take a stance. This is our stand,” he told Fox.

Merritt also feels that there were many more fitting role models, which could have better represented the nation and sports.

Nike could have chosen one of many other “iconic sports players who have done so much for their communities and military community” and who thus would have been better examples than Kaepernick, Merritt told American Military News.

Before the “Just Stand” clothing line was launched, Nine Line posted “Just Don’t Do It,” suggesting things like not buying Nike clothing and not protesting during the national anthem.

Nine Line is proudly owned and operate by veterans. A “Nine Line,” the company’s website explains, “ is a medevac request for a soldier that is injured on the battlefield. To soldiers, a Nine Line symbolizes patriotism, hope, and trust in one’s countrymen.”

“Nine Line Apparel aims to reinvigorate the sense of patriotism and national pride that is disappearing daily from our society,” the site states.

The business was started by a pair brothers, both of Army captains, and one of their wives.

What do we live for, if it is not to make life less difficult for each other?

1.) Respect the flag and what it stands for. The flag represents the sacrifices made by those who have fought and died to preserve our freedom and should be honored as a sacred symbol of all we stand for.

2.) Support those who have and continue to serve honorably as members of the military, police, fire department, or any other public service. Hold those who abuse their power accountable but understand they do not represent the entirety of those who serve to protect us.

3.) Third, and most importantly, being patriotic is nothing to be ashamed of. We at Nine Line are proud of our country, our flag, and our birthright, and it is our goal to reinvigorate this pride into our nation once again.