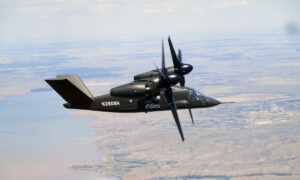 US Military Taps Spirit of Free Enterprise to Counter China
0 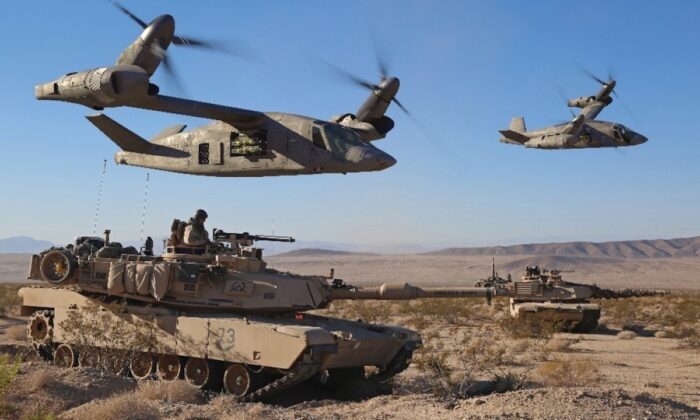 In the past, the U.S. military’s technology developers didn’t need much help navigating toward the future.

After all, they had invented GPS long before it was embedded into our smartphone maps—along with spawning the internet, duct tape, super glue, and the microwave, to name a few innovations.

Now, however, the commanders charged with beating China and Russia to the latest technology are turning to the commercial experts and the academics who once clung to the military’s coattails.

“There are certain technologies that the commercial markets have surpassed the government in,” Col. Rex Eiserer, of the U.S. Army Futures Command, told The Epoch Times. “Digital technology, the internet, connectivity, artificial intelligence—in those areas, by far, the expertise is in the commercial private market.”

Eiserer is deputy director of a program that’s forging a new way of working with the academic community. It’s one of the programs in the Army’s up-tempo new radical acquisitions process spearheaded by Army Futures Command—the force’s modernization wing.

“The impetus to really get Army Futures Command stood up was knowing that we are behind on incorporating technologies into our systems that are available and widely accessible to everyone, including our adversaries,” Eiserer said. “These are next-generation technologies, like AI and next generational materials.”

The military is revamping as a whole to align with the 2018 National Defense Strategy, which placed renewed competition with Russia and China as the top priority.

This “great power competition” reaches far beyond the battlefield to include foreign policy, economics, intellectual property protection, and public relations. Analysts have increasingly called for a whole-of-government approach in the race for supremacy.

The 24,000-strong Army Futures Command, set up only a year and a half ago, is located in Texas precisely to forge close links with the tech community and the universities.

The previous way the Army funded research at universities was to send a subject-matter expert out to find researchers in their field, who might be scattered around the country.

“You might have one researcher at the University of Michigan, another researcher at UC-Berkeley,” Eiserer said. “Then the subject-matter expert would have to pull all of that information together to get a usable product out the door.”

The new approach instead establishes university venues that work closely with the Army as specialist centers, while engaged much earlier in the process, putting tech experts, soldiers, and generals in the same room to discuss military problems and the latest advances in tech.

“Here at the University of Texas, they have a pretty strong foundation in autonomous research,” Eiserer said. “So we said, ‘OK, this is great. We will help invigorate this and reinforce it by having a continuous partnership.'”

“The University of Texas is going to put skin in the game, they are going to facilitate a building for us, and then we are going to fund projects in those. So it’s a long-term approach—they can draw talent, and we can leverage that talent.”

The longer-term vision is to set up many different academic centers across the country, specializing in different fields.

“We’re one step, probably two or three, of the mile-long path,” he said. “I think we’re heading in the right direction.”

There are nine research areas, Eiserer says, which they believe will be disruptive, including areas such as autonomous systems, big data, and synthetic biology.

“I would love to have strategic partnerships with major research institutions for each of those areas,” he said.

Something for the Swamp

In Texas, they are already establishing a robotics center and a navigation center with the Army Futures Command, announced in May 2019.

Autonomous driving is an area where the commercial industry is far ahead, Eiserer said. He says that while self-driving technology is solidifying for cars, driving tanks through a battlefield is a different ballgame.

“A car reads the speed limit signs, it follows the white lines, the yellow lines. In terms of AI, it’s a fairly simple algorithm to follow.”

“When you look at the military, we are going to be off-road, in a swampy area, forest area, desert area, snow area. That’s a much more complicated algorithm.”

Running in parallel with the university program is the Army Applications Lab, which engages in exactly the same process, but with private companies.

“What I focus on is taking these emerging technologies right now and trying to translate them into technology demonstrators that we can utilize and give feedback on,” Eiserer said.

This feedback loop between army and tech developers is a completely new approach to acquisitions.

“As soon as I can find a technology that’s useful and viable, I can now kick it over to the Army Applications Lab, which can help find a commercial company that’s willing to accept it. Then we can leverage later to buy it back into the system.”

The new approach means incorporating the tech community earlier in the process.

“For example, the leadership might say, ‘Hey, I think I’m not going to be able to use GPS in the next conflict—what do you think I should use instead?’” Eiserer says.

Then there would be a discovery process, throwing out different ideas and emerging tech.

“In the past year, we’ve discovered potentially two to three potential technologies that we didn’t know about,” he said.

While Eiserer says that he primarily engages with research professors, they are also bringing lower-level simple problems into innovation classes on campus.

“The undergraduates use that throughout the semester as a project case.”

On July 23, 2019, FBI Director Christopher Wray told senators that the agency has more than 1,000 active investigations into the theft of U.S. intellectual property, “almost all leading back to China.”

Eiserer says that there are security protocols in place. However, he says that in some areas, emphasizing security would slow the process, for little gain.

For example, he says the commercial markets are already far ahead in terms of the technology needed for autonomous trucks for the army to drive off-terrain.

“What benefit do I get from keeping something like that secret? There’s a trade-off.”

Part of the army’s approach to rapidly developing these areas is working more closely with the tech community.

Col. Eric Smith, who was responsible for writing the strategy, previously told The Epoch Times that the involvement of the broader tech community isn’t so much a shift away from the larger defense universe, but “more an attempt to cast the net a little wider.”

“I wouldn’t say it is THE answer,” he said. “I would look at it more as leveraging our strength as a market-based, open society.”

Many analysts blame the United States for complacency since the Cold War, and being distracted by counter-insurgency efforts during the war on terror. But Smith said the past 15 years are also a positive lesson about what the Army can achieve when it’s directed toward focusing on a new challenge.

“I always prickle a little bit when people say we’ve fallen behind,” he said. “We’ve built the best counter-insurgency Army on the globe because we focused on it.

For the university researchers, working with the Army program brings highly sought-after experience to add to their resume, says Eiserer.

For those who don’t want to teach, and don’t seek a Ph.D., they can start down a career in a “tunnel of systems,” he says.

“If they can get relevant experience, if they can show off the work they did, it’s very appealing to some folks.”