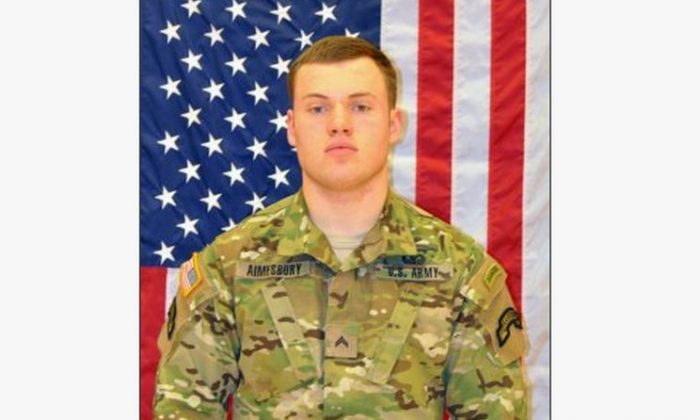 The U.S. military is looking into the death of an Army Ranger who was injured during a live fire training exercise in southeast Georgia.

According to a press release from the Army, he died on Dec. 9 in Fort Stewart after he “was seriously wounded during a live fire exercise and medevaced to the nearest treatment facility where he died of his wounds.”

The ranger was identified by the Army as 21-year-old Cpl. Andrew Aimesbury.

“Aimesbury was an exceptional Ranger leader and an extraordinary man. He was universally liked throughout the battalion for his competence as a warrior and his caring nature,” Col. Brandon Tegtmeier, who is with the 1st Battalion, 75th Ranger Regiment, stated in the the release.

“This tragic event has affected us all and our hearts break for his family. Corporal Aimesbury will always be a member of 1st Ranger Battalion and his memory will make all of us better men.”

The incident is now under investigation. The exact details of what caused Aimsbury’s death have not been released.

According to The Associated Press Tracy Bailey, who is a spokeswoman for the Army’s 75th Ranger Regiment, declined to to provide more details, citing an investigation by the Army.

Aimesbury was born Nov. 7, 1994, in Manchester, New Hampshire. He enlisted in the Army in January 2013. His and decorations and awards include the “Ranger Tab, Expert Infantryman’s Badge, the Parachutist Badge, and the Marksmanship Qualification Badge Expert-Carbine,” the news release added. He also was awarded the “Army Good Conduct Medal, National Defense Service Medal, Afghanistan Campaign Medal with Campaign Star, Global War on Terrorism Service Medal, Army Service Ribbon, and the NATO Medal.”

The Army added that he joined the Rangers in September 2013 and served a tour in Afghanistan.

Aimesbury is survived by his parents, Carl and Karen Aimesbury, and his sister, Abigail, who are all from Somersworth, New Hampshire.