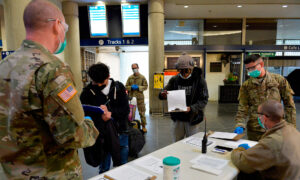 Over 17,000 Former Army Medical Personnel Called Back Into Action to Fight Covid-19 Virus
0 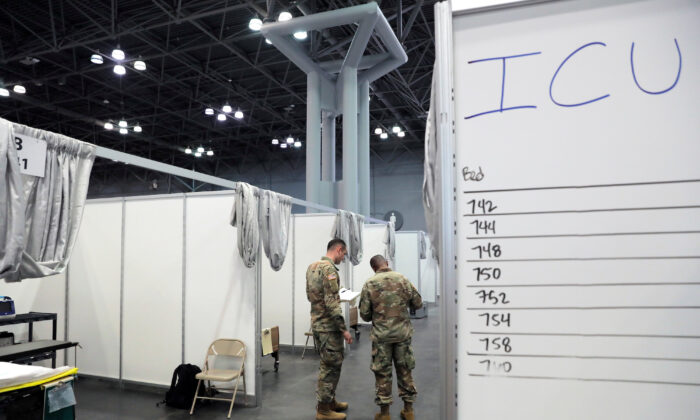 Army Engineers Still Adding Hospitals, With 40 on the Way

The United States Army Corp of Engineers (USACE) is still building hospitals, with 40 field hospitals in total under construction or in the pipeline, as it continues to field requests from across the country.

USACE is coordinating the conversion of stadiums, convention centers, and dormitories into field hospitals to help tackle the crisis caused by the CCP virus.

According to the April 13 update, USACE now has 25 projects already under construction, and another 15 pending contracts.

The total funding for these alternative care sites currently stands at $1.7 billion.

USACE doesn’t simply build out the hospitals, but assesses potential sites, creates, designs, and then either finds and handles contractors or leaves it to local authorities to handle.

The majority of the additional 15,505-bed capacity from these field hospitals comes from the conversion of arenas and conference centers.

Last week, the head of USACE estimated that between 40 and 50 facilities would be built under their direct supervision, with some additional USACE-designed facilities being built by states.

The conversion of the Javits Center in Manhattan into a 2,100-bed facility is now complete, and in Chicago, the conversion of America’s largest convention center, McCormick Place, into a 3,000-bed capacity hospital is nearing completion.

The engineers use models to predict the spread of the virus and when different areas will be hit by peak bed demand, working with local authorities.

“Every city is different, some are spikes, some are flat, some are moving to the right,” Lt. Gen. Todd T. Semonite, commander of the Army Corps of Engineers, told reporters on April 8.

The Army Corps also checks in with the local state authorities that have their own plans.

“Sometimes we are favorably impressed, where there actually is a great plan,” said Semonite, “but I still lay awake at night worrying about a couple of places.”

Semonite said on April 8 that the window was closing for local authorities to make decisions on whether to build.

“We’re beginning to run out of time,” said Semonite. “What we used to have is a month to build this, and maybe a week or two for a mayor to make a decision.”

But with the situation progressing so rapidly, that had changed, he said.

“I think we will be done starting new builds, probably, in a week. Now that depends on what the curve is… This virus gets a vote. This virus is deciding where it is going faster than normal.”

USACE has been adapting its various standard designs to meet the unique challenges of COVID-19, picking up lessons on the way as it tailors them to each location.

Semonite said that they are having to resolve all kinds of problems on the fly. For example, he said, when a piece of equipment was missing from a site, they suddenly had to figure out how to get a plane to fly in the part.

“We don’t have time to deal with red tape and bureaucracy,” he said. “We have to be focused like a laser beam to be able to support the mayors and the governors.”