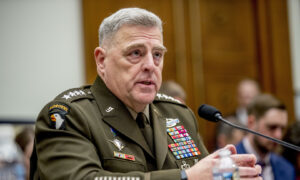 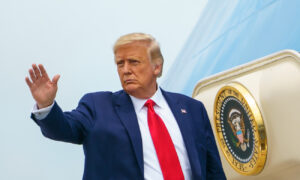 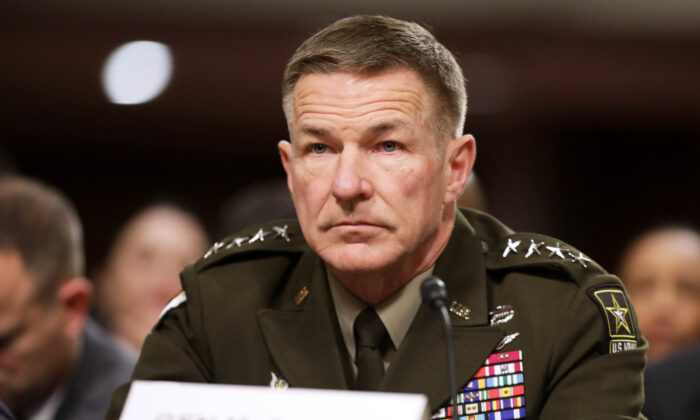 McConville, the Army’s top general, said during an interview for media organization Defense One‘s “State of the Army” event that military leaders would only consider sending troops into combat in the interest of national security, or as a last resort.

“So I can assure the American people that the senior leaders would only recommend sending our troops to combat when it is required in national security and in the last resort,” he said. “We take this very, very seriously in how we make our recommendations.”

McConville’s remarks came after the president spoke during a White House press briefing on Sept. 7. However, he declined to comment specifically on Trump’s remarks on Pentagon leaders, acknowledging today’s “political environment,” according to Politico. Taking into consideration the upcoming presidential election, he said the military needs to remain an “apolitical organization.”

“I’m not saying the military’s in love with me,” Trump told reporters on Sept. 7. “The soldiers are, the top people in the Pentagon probably aren’t because they want to do nothing but fight wars so that all of those wonderful companies that make the bombs and make the plans and make everything else stay happy.”

“But we’re getting out of endless wars,” Trump said. “Some people don’t like to come home. Some people like to continue to spend money. One cold-hearted globalist betrayal after another, that’s what it was.”

White House chief of staff Mark Meadows clarified on Sept. 7 that the president’s remarks were not aimed at “any individual general,” but at “the military industrial complex.”

“This president is consistent about one thing: If we’re going to send our sons and daughters abroad to fight on our behalf, he’s not going to let some lobbyist here in Washington, D.C., just because they want a new defense contract, suggest that they need to stay abroad one minute longer than they should,” Meadows told Fox News.

“He’s been consistent about stopping these endless wars. He’s going to continue to fight against the special interest groups here in Washington, D.C.”

Trump’s remarks followed the publication of a magazine report last week that alleged citing anonymous sources, that he had spoken disparagingly about fallen U.S. military personnel.

The report by magazine The Atlantic, published Sept. 3, claimed the president in 2018 made disparaging remarks about Marines buried at Aisne-Marne American Cemetery near Paris, France. The report also claimed he turned down a trip to visit the cemetery because he feared his hair would become disheveled in rain.

The president last week unequivocally refuted the report that relied entirely on anonymous sources, calling it a “disgrace” and “fake news.” On Sept. 7, he told reporters that “only an animal would say a thing like that.”

A number of other White House officials and Trump allies have refuted the claims made by the anonymous sources in The Atlantic piece. The Trump campaign noted that “11 officials who were with President Trump are on the record refuting it” and “official documents also refute it.”