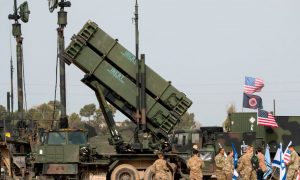 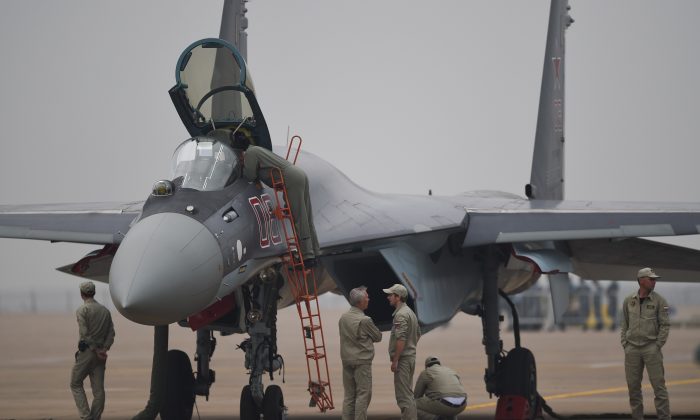 Arms sales are a major tool that China is using to advance its building of military networks around the world, for example, offering a $30 million–$40 million fighter that is about 90 percent as effective as current versions of the $60 million–$90 million U.S. F-16.

In contrast, the United States has largely ignored this market since the U.S. Air Force (USAF) refused to purchase the Northrop F-20 lightweight supersonic fighter in the early 1980s.

Beijing may now be seeking to repeat the SCO’s record of exercises and arms sales with its China-Africa Peace and Security Forum (CAPSF). After the second annual July 15-20, 2019 meeting of this organization in Beijing, African delegates visited PLA military units. Following the first meeting in Beijing from June 26-July 12, 2018, African delegates split into small groups to visit Chinese weapons factories.

China has placed a high priority on developing and marketing low-cost but capable training and combat aircraft to “traditional” customers like Pakistan, but also to countries that join China-dominated military networks. Cooperating with developing countries’ air forces also offers a political payoff inasmuch as national leaders often emerge from this service. Selling cheap training aircraft increases the chance a country will then buy the more expensive Chinese fighter.

At the end of September 2018, the Guizhou Aircraft Corporation brought about 12 foreign military delegations, mainly from Africa, to its factory to witness the ceremonial “first flight” of its FTC-2000G twin-seat, a single-engine light strike-fighter, based on its FTC-2000 trainer that first flew in December 2003.

While powered by an aged turbojet engine, the FTC-2000G features modern radar and electronics enabling deployment of modern precision-guided munitions (PGMs).  But its most attractive feature is its reported price of merely $10 million.

A slightly more expensive alternative is the Hongdu Aircraft Corporation twin-seat, twin-turbofan powered and supersonic L-15 light strike fighter or trainer. As versions of the L-15 and the FTC-2000 serve in the People’s Liberation Army Air Force (PLAAF) and the PLA Naval Air Force, their sales marketing benefit from the “subsidy” of a large logistics support system. So far only Zambia has purchased the L-15, but Uruguay and the Ukraine are potential customers.

Much more successful is the Chengdu Aircraft Corporation single-turbofan powered and supersonic FC-1 export fighter. It was co-developed with Pakistan, which so far has co-produced about 100, where it is called the JF-17.

Powered by a Russian-made Klimov RD-33 turbofan, it may enter Chinese service only after the next “Block 3” version gains a new Chinese made turbofan engine, in development since the last decade.

In addition to Pakistan, only Nigeria and Burma have purchased the FC-1/JF17, but with a Chinese turbofan it may be more attractive to a list of reportedly interested countries: Algeria; Argentina; Azerbaijan; Bangladesh; Egypt; Iran; Malaysia; Morocco; Qatar; Saudi Arabia; Sri Lanka; and Venezuela.

For its reported price of $20 million–$30 million, the FC-1 also employs modern radar and electronic systems enabling the employment of a large variety of Chinese-made PGMs, like the 400km range hypersonic speed CM-400AKG ballistic attack missile that can also target large ships like aircraft carriers.

The Block 3 version expected to fly in late 2019, may cost between $40 million and $50 million, and reportedly will be equipped with an active electronically scanned-array (AESA) radar with longer range. This may enable use of one of the longest-range air-to-air missiles in the world, the estimated 200km range Chinese PL-15.

While the USAF has not operated a lightweight fighter since it used the Northrop F-5A fighter briefly during the Vietnam War, for the first time since the 1980s it has a potentially very attractive lightweight fighter to offer: a modified version of the Boeing T-X supersonic training aircraft developed with Sweden’s SAAB Group.

In September 2018, Boeing won a contract to build 351 T-X trainers, but that could expand to 475 which would result in the reported estimated unit price of about $20 million. Boeing reportedly estimates a global market for over 2,000. Part of Boeing’s low-price strategy was to use the economical General Electric F404 turbofan that also powered the Northrop F-20.

A single-seat fighter version of the T-X could conceivably reach a price of $40 million–$50 million, which would be attractive to countries that the United States would not want to become part of China’s anti-democratic military network.

Such a fighter could also provide a low-cost Lead-In-Fighter-Trainer (LIFT) aircraft to support training for 5th generation fighters like the Lockheed-Martin F-35, which are more expensive to operate.

But it makes sense to quickly develop a fighter version of the T-X that can compete with China’s low-cost fighters to give U.S. military diplomacy a better tool to counter China’s global military network building.