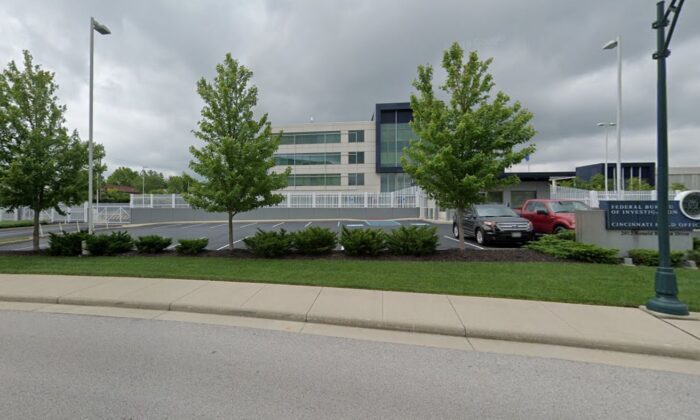 An armed suspect who tried to breach the FBI’s Cincinnati office on Thursday morning was shot and killed by federal agents after the suspect fled, leading to a highway chase, according to the Ohio State Highway Patrol.

“At approximately 3:42 p.m., the suspect raised a firearm and shots were fired by law enforcement officers. The suspect succumbed to fatal injuries on scene,” the Ohio State Highway Patrol (OSHP) said in a statement posted on Twitter Thursday evening.

The suspect was attempting to breach the visitor screening facility at the FBI’s Cincinnati branch around 9 a.m. on Thursday morning, the Cincinnati FBI said in a statement this morning. The suspect fled to the Interstate 71 highway after federal agents responded to the event, and OSHP troopers were dispatched to chase the suspect’s vehicle.

OSHP located the vehicle around 9:37 a.m. and “got behind the vehicle,” and the suspect fled, leading to a car chase, the OHSP said, adding that the suspect stopped in Clinton County and exchanged gunfire with the trailing officers. No officers or bystanders were injured at the time, the OSHP said in a statement at 2:38 p.m.

“Throughout the afternoon, troopers and our law enforcement partners attempted to negotiate with the suspect to bring the standoff to a peaceful end,” the OHSP said in a separate statement.

“Once negotiations failed, officers attempted to take the suspect into custody by utilizing less lethal tactics,” the OHSP said.

The FBI, OSHP, and local law enforcement were involved in the chase and shootout, according to the Cincinnati FBI.

The suspect has yet to be identified by authorities as of 7 p.m. Thursday.

This is a breaking story and will be updated.