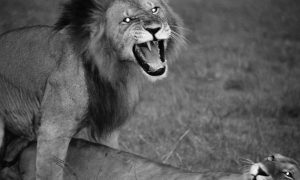 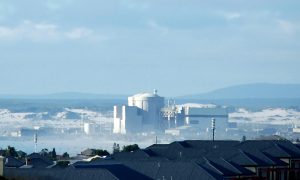 Despite Threats, Africa Is Looking to Nuclear With Russia and China's Help
0 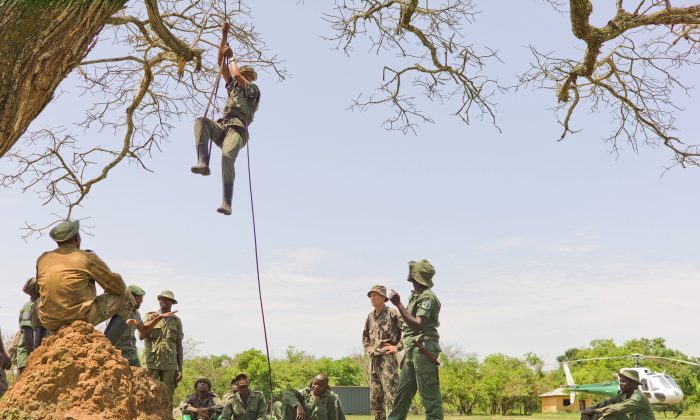 The elite rapid response team members perform rope training to ascend and descend from a helicopter at the Garamba National Park, Congo, on Dec. 29, 2014. A shootout last month, in which three rangers and a Congolese army colonel were killed, highlighted the challenge of protecting parks in a part of Africa plagued for decades by insurgencies, civil war, refugee flows and weak governments. It shows how some conservation efforts resemble a kind of guerrilla warfare in which rangers and soldiers stalk, and are stalked by, poachers who are slaughtering elephants and other wildlife. (Karen Lubbe/African Parks via AP)
Africa

JOHANNESBURG—The eight suspected poachers stood under a tree, apparently unaware they were being tracked by 10 rangers from Congo’s Garamba National Park. But as the rangers approached, gunfire rang out from the tall grass nearby, where other heavily armed men were hidden. The dragnet swiftly turned into a desperate fight for survival.

The shootout last month, in which three rangers and a Congolese army colonel were killed, highlights the challenge of protecting parks in a part of Africa plagued for decades by insurgencies, civil war, refugee flows and weak governments. It shows how some conservation efforts resemble a kind of guerrilla warfare in which rangers and soldiers stalk—and are stalked by—poachers who are slaughtering Africa’s elephants and other wildlife.

Such violence is not confined to Garamba in northeastern Congo, on the border with South Sudan. Farther south, in Congo’s Virunga National Park, assailants killed a ranger last month and another died in a militia attack there in August.

More than 200 elephants have been poached in Garamba since a census in April 2014 counted 1,780 elephants—down from more than 11,000 two decades ago. The park is one of only a handful of sites in Congo with “a viable population of elephants,” despite the loss of many large mammals over the past five decades, said Bas Huijbregts, an expert with the World Wildlife Fund conservation group. Garamba was also once known as home to the last northern white rhinos in the wild, though none have been seen there for years.

An earlier generation of poachers in Garamba killed with spears. Today’s intruders carry grenades and rocket launchers, and in some cases, have even targeted elephants from helicopters. These gunmen have turned a world heritage site the United Nations defines as “in danger” into a spot where deadly skirmishes are likely to forestall significant tourism for quite some time.

“The threat is now completely militarized,” said Leon Lamprecht, operations director for African Parks, a non-profit group based in Johannesburg that took over management of the 1,890-square-mile (4,900-square-kilometer) park a decade ago.

Garamba’s 120 rangers, backed by up to 60 Congolese soldiers, are trying to ward off rebels from nearby South Sudan, as well as ivory hunters and militias from Sudan and the Lord’s Resistance Army, a Ugandan rebel group led by warlord Joseph Kony, who is accused of war crimes.

Kony’s fighters are killing Garamba’s elephants and trading the ivory tusks for ammunition, food and uniforms in Sudanese-controlled territory, according to a report released last month by Enough Project, a watchdog group, whose findings were based on interviews with rebel defectors. The U.S. military is assisting African forces pursuing the Lord’s Resistance Army, and a U.N. peacekeeping mission of about 20,000 troops is deployed in eastern Congo, where many armed groups operate.

Garamba’s rangers have old firearms and African Parks is waiting for permission from Congo’s government to import better weapons, said Lamprecht, who recently returned from a trip to the park.

“It’s difficult for our rangers to defend themselves,” he said.

Congo Clears the Way for 72 Adoptions After 2-Year Wait

The Arabic-speaking poachers, believed to be from north Sudan, were tracked to an area 7.5 miles (12 kilometers) outside Garamba’s boundaries last month because they were carrying the satellite collar of a poached elephant, allowing rangers to follow signals to their camp on Oct. 5, according to African Parks. After they were attacked by gunmen hidden in the grass, an unarmed park helicopter flew to the rangers’ aid and was fired on with belt-fed machine guns and withdrew, Garamba manager Erik Mararv wrote in an online account.

With rangers missing or still in the area of the shootout, African Parks asked U.N. peacekeepers and the U.S. Africa Command to send aircraft for a rescue.

U.S. troops were conducting operations with African forces in other areas at the time and were unable to divert aircraft to Garamba, the U.S. Africa Command said in a statement sent to The Associated Press. It also said its mandate does not include military support for Garamba’s rangers.

The U.N. made two helicopters available late on Oct. 7, but the pilots determined it was too dangerous to land at the site of the shooting, according to African Parks. On Oct. 8, rangers reached the site and found their dead comrades. U.N. helicopters assisted with the removal of the bodies.

The poachers had taken the dead rangers’ weapons as well as a satellite tracking device that a park aircraft followed for two days. At one point, the device was emitting signals from the center of a large group of cows, suggesting poachers were mingling with cattle herders to camouflage their movements.

Last month’s deadly shootout was only the latest to target those trying to protect Garamba’s wildlife. In June, poachers killed a ranger and two soldiers in an ambush and one ranger was fatally shot in April.

Garamba’s guards still head out on patrol. Despite the losses, Lamprecht said, “the morale is extremely good.”