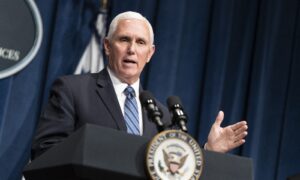 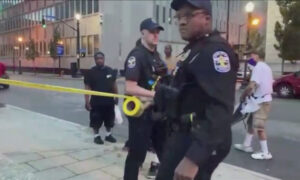 Man Who Participated in Protests Charged With Murder of Photographer
0 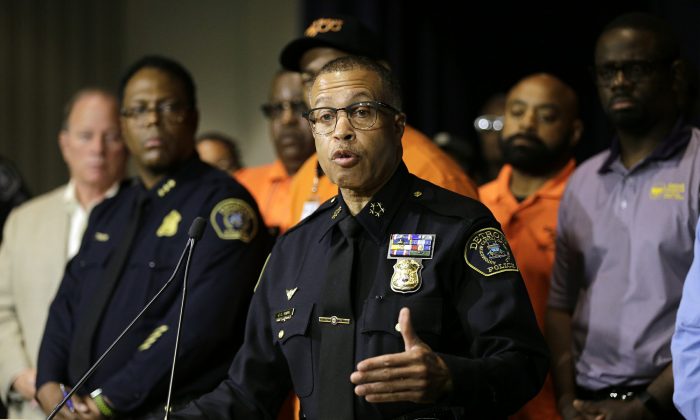 A group of 25 to 30 individuals that included some wearing “Black Lives Matter” shirts surrounded the car on Vernor Highway, blocking the vehicle’s pathway and jumping on the hood of the SUV.

The police officer who was driving the vehicle was proceeding slowly until the rear window was smashed.

At that point, many among the group disengaged with the vehicle, although several males who had hopped onto the hood held on when the driver sped up. After stopping briefly, the driver sped away, reaching speeds of up to 25 miles per hour.

“The officers did the right thing,” Craig said. “They had to take quick, evasive action.”

If officers had waited, their vehicle may have been breached, he added.

An investigation is continuing, and the officers in question remain on duty, Craig said. Officials aren’t sure what was used to break the window; they suspect it may have been a skateboard.

Craig read a text message he said was from a woman who was at the protest before leaving.

“They were plotting to provoke the police. As I was leaving, I saw those same guys hitting the police vehicle for no reason,” the unnamed woman said in the message.

The protest started out with no problems earlier on June 28 before swelling to 300 to 350 people, according to police officials, who said most of the protests in recent weeks have been peaceful.

The violent behavior on June 28 included the people who jumped onto the police car, he said.

Video footage showing one angle of what happened was widely circulated, leading to accusations that officers rammed protesters. It wasn’t clear how many people, if any, were injured. Police officials said they’re not aware of any injuries.

Jae Bass, 24, one of the males who were on the hood, said he stood in front of the vehicle to try to stop the police officer from continuing to drive.

“In response to that, he just floored it,” Bass told the Detroit Free Press. “He went super fast. Me and a couple of other organizers that were with me, just went flinging off. We went flying off. He ran over a couple people’s arms, feet. He ran over her phone. I think I was the last person on the car. I was just holding onto the car.”

Bass was one of a group of protesters who surrounded two officers earlier in the evening before the officers returned to their vehicle and drove away.