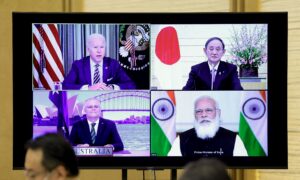 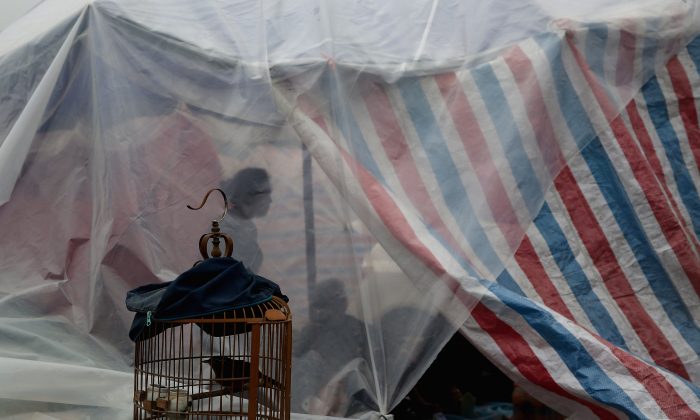 Earthquake survivors living in tents on April 22, 2013, in Baoxing county of Ya'an, after a magnitude-7 earthquake hit China's Sichuan Province, claiming at least 190 lives and injuring thousands. One resident had prepared five bug-out bags for his family, which helped them be self-sufficient in the wake of the disaster. (Feng Li/Getty Images)
China

A man from Sichuan Province recently made Chinese headlines for using several “bug-out backpacks” following the April 20 earthquake in Ya’an.

After the magnitude-7 quake hit, Li ran out of the house wearing only his underwear, according to the report. He went back inside to get dressed, and brought out a large pack weighing nearly 55 pounds. He had prepared another four bugout bags for everyone in his family, except his baby son–his wife, mother, and two daughters each had their own pack.

Li’s bag was the biggest; the smallest belonged to his 6-year-old daughter, and only weighed 11 pounds. The packs contained tents, sleeping bags, clothes, food, a compass, gloves, headlamps, and even surgical suture kit, the Daily reported.

Li took the big backpack to his father-in-law’s home, and set up three tents.

Li said that his family did not have to worry about lack of food, as the packs contained dry crackers, army-style cans, and tablets to purify water. He had also hidden 220 pounds of vacuum-packed rice in his house. Six days after the quake, he still had not asked local authorities for any food supplies.

Li’s parents were born in the 1940’s in China and experienced horrifying famine in the years 1959-1961. “Many people died of starvation during the three-years of famine. At least two relatives told me how that they had to eat human flesh from dead bodies to survive the famine,” he told the Daily.

After Li experienced the Wenchuan earthquake five years ago, he was haunted by his parent’s experiences and determined to try to protect his family. Li began learning about survival.

He purchased the necessary supplies, prepared the five backpacks, and rented three cabins in the countryside for his children to use as survival practice sites.

After the latest earthquake, Li told the Daily that he learned a few lessons. “I had too many cans. In case of a real emergency, we wouldn’t be able to walk far with that much baggage.”

He added that he hoped he would never have to use the backpacks again.