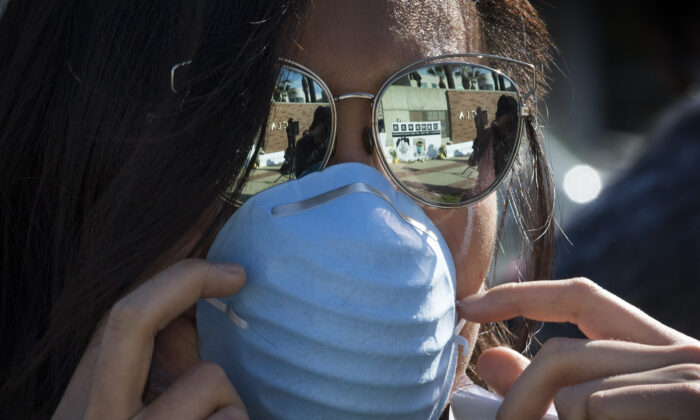 A woman wears a face mask in Westwood, California, on Feb. 15, 2020. (Mark Ralston/AFP via Getty Images)
US News

An Arkansas woman claimed she had the COVID-19 coronavirus while in court, prompting a courthouse evacuation.

Celia Hill, 34, was appearing on drug charges in Mayflower District Court on Wednesday when she made the claim, authorities told KATV. Hill, without elaborating, said she had contact with an infected person and has a 102-degree fever.

Hill was in court to face a misdemeanor drug offense when the incident unfolded. Officials then cleared the courthouse and took her to a nearby hospital for testing.

Mayflower Police Chief Robert Alcon told the station Hill later tested negative for the virus, which has sickened and killed thousands of people in China. Hill will now face new charges related to the incident.

“As far as we can tell, she lied about having the coronavirus,” City Prosecuting Attorney David Hogue said.

Two witnesses who were at the courtroom told the news outlet that people began running from the courtroom. “People were running. There were no walkers,” one witness told KATV.

The Arkansas Department of Health said that after an investigation, the “person in question” is not being suspected as a COVID-19 patient.

There are no confirmed cases of the virus in Arkansas.

“The vaccine is coming along well, and we think this is something that we can do fairly quickly,” the president told reporters. “Of the 15 people [to have contracted the virus] … eight of them have returned to their homes, to stay at their homes until they’re fully recovered. One is in the hospital. And five have fully recovered. And one we think is in pretty good shape,” Trump also said.