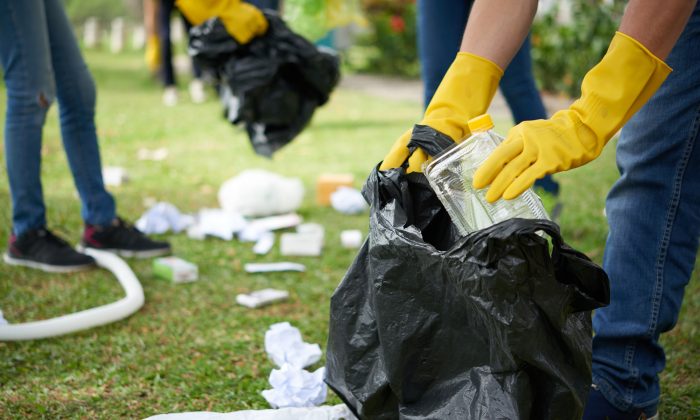 People pick up trash in a stock photo. (Illustration - Shutterstock)
US News

Arkansas Scheme Paying Homeless $9.25 to Pick Up Garbage to Be Expanded

A pilot project in Arkansas that pays $9.25 an hour—more than the federal minimum wage of $7.25—to homeless people to pick up garbage has been deemed so successful it will be extended.

The Bridge to Work program in Little Rock started in April with the goal of helping the homeless get a leg up in life. It was originally slated to last for six months, but at an Aug. 28 Board of Directors meeting, city Mayor Frank Scott Jr. said he intends to expand the program through September 2020, THV11 reported.

The scheme, which is run by Canvas Community Church, saw eight homeless people per day get paid for picking up trash and clearing weeds, as well as other cleanup roles. According to WIFR, the homeless participants are paid a rate of $9.25 an hour—the minimum wage in Arkansas since January.

During the Board of Directors meeting, Associate Pastor Paul Atkins was cited by THV11 as hailing the scheme for its positive impact.

“We’re super excited about what has gone on, and we hope to be able to keep the momentum going,” he said.

“We want to work with them on their next step,” Atkins said. “There are a lot of barriers that our people experience to go from homelessness and panhandling to full-time work. There’s a lot of steps in between.”

Alexander Williams, one of the homeless people to take part in the scheme, said in an earlier report that he aspired to find permanent work.

“Hopefully you know by doing this job right here, maybe I could get hired on fully by the city or something,” Williams said.

Mayor Scott is cited on the City of Little Rock website as saying: “When we come together, we are more than just a series of neighborhoods and zip codes. We are the people of Little Rock, and we can change course for a better direction for our city if we have the will to do it.”

According to statistics published by the United States Interagency Council on Homelessness (USICH), around 2,712 people in Arkansas experience homelessness on any given day. Nationally, the figure of homeless people is over 500,000 (pdf).

Often, homeless people become discouraged when they aren’t able to find or secure a job.

Unfortunately, many spiral into drugs (pdf) and alcohol, and try to escape the pressure from not having a decent life. There can be stigma attached to being homeless that is difficult for prospective employers to see past, adding to the problems the homeless face while trying to find a job.

Additionally, not having a home is a definite deterrent to finding a job, and shelters are mostly full to overcrowding, with long waiting lists.

A Path Toward a Better Future

The community church, which runs the Bridge to Work program, says on its website: “There are no saints here. There are no people here who are perfect.”

“We are a diverse community of imperfect, broken people who are searching for something bigger than ourselves, something vibrant, something meaningful, something mystifying, something improbably satisfying.”

Canvas Community Church is hopeful that the initiative will lead to bigger and better things.

“The goal is to give them a day’s work and a day’s pay, but also the opportunity to connect to services that can help them to get full employment, or whatever the next step is,” Atkins said, according to THV11.

“Everybody’s been really great and supportive and cooperative,” he added.

Atkins was cited by THV11 as saying that over 380 people have participated in the program to date, with many joining the work crews more than once.