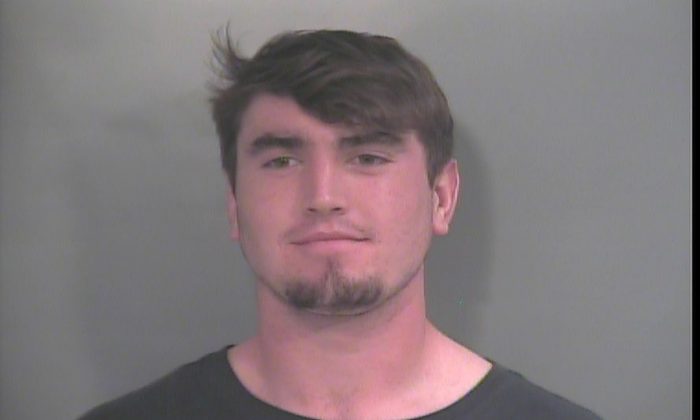 The quarterback for the University of Arkansas was arrested on Sunday morning, according to local media reports.

Cole Kelley was arrested by police in Fayetteville on suspicion of careless driving and driving while intoxicated, Arkansas’s Washington County said on its website. He now has to show up in court on Dec. 15.

Cole Kelley was arrested for a DWI.

Calling the 2017 Arkansas football team a train wreck would be a massive understatement. pic.twitter.com/QpK9hYwEhL

“I was informed early this morning of an incident involving Cole Kelley,” Arkansas head coach Bret Bielema said in a statement, according to KATV. “We are gathering all information from the proper authorities and will make a determination upon review of that information.”

The Arkansas Razorbacks lost to the LSU Tigers 33-10 on Saturday. Kelley, a freshman, played in the fourth quarter although he started the previous three games while starting quarterback Austin Allen was injured.

In the game, Kelley completed 3-of-10 passes for 36 yards and an interception in Saturday’s loss.