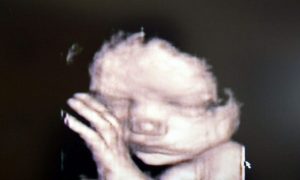 LITTLE ROCK—Arkansas lawmakers have sent the governor legislation requiring women to wait 72 hours before having an abortion, one of the strictest waiting periods in the country.

The majority-Republican Senate on Thursday, April 4, approved the proposal to expand the current waiting period of 48 hours by a 29-5 vote. The bill now heads to Republican Gov. Asa Hutchinson, who plans to sign it into law.

The bill requires the waiting period between when women are counseled by a physician about the procedure and undergoing it.

The measure is among a flurry of abortion restrictions Arkansas lawmakers approved this year, including an 18-week abortion ban that Hutchinson signed into law last month.

The ban will take effect 90 days after the Legislature formally adjourns this year’s session, which is expected to occur in May. A nearly identical 18-week ban has been sent to Utah’s Republican governor.

Other states have sought to enact even stricter bans.

While support for abortion, in general, has crept up over the years, respondents to polls have long been against late-term abortions.

A poll conducted by YouGov and the pro-life group Americans United for Life in February found that 80 percent of respondents were opposed to abortion the day before the child is born and 79 percent opposed abortion in the third trimester at all.

In addition, asked about a Northam-style proposal of removing medical care for a child after birth, 82 percent of respondents said they opposed such a measure.

“This survey vividly reveals both the American people’s common-sense appreciation for the sanctity of life and the widespread horror, even among self-identified pro-choice Americans, of new laws like New York’s that effectively allow abortion up until the moment of delivery,” said Catherine Foster, president of Americans United for Life, in a statement.