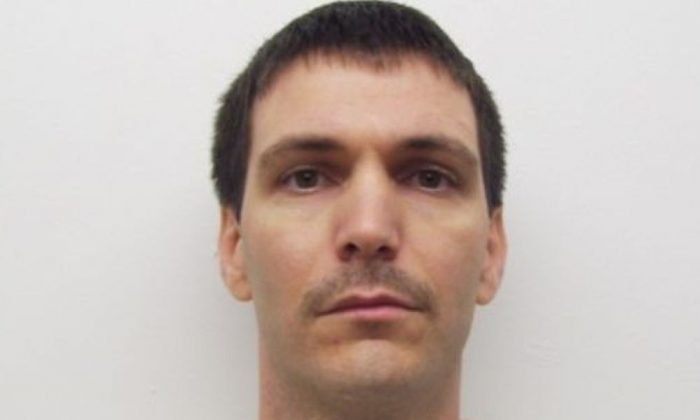 (Arkansas Department of Correction)
US

FORDYCE, Ark.—State and local authorities in southern Arkansas are searching for a man who escaped the Dallas County Jail in Fordyce.

Officials say 38-year-old Paul Grice escaped about 12:30 a.m. Sunday and that the search is in the Monticello area. It was not revealed how he escaped.

Grice was awaiting transfer to the Arkansas Department of Corrections after recent convictions on theft and firearms charges. Prison records show he was convicted of second-degree murder in 1990s and officials say he is considered dangerous.

Grice is white, 5-feet-6-inches tall and 155 pounds. He was last seen wearing a black shirt, blue jeans, and a light-colored jacket.