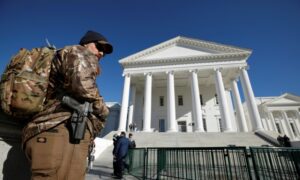 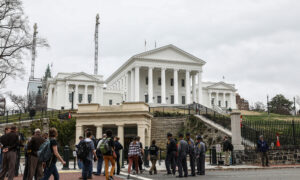 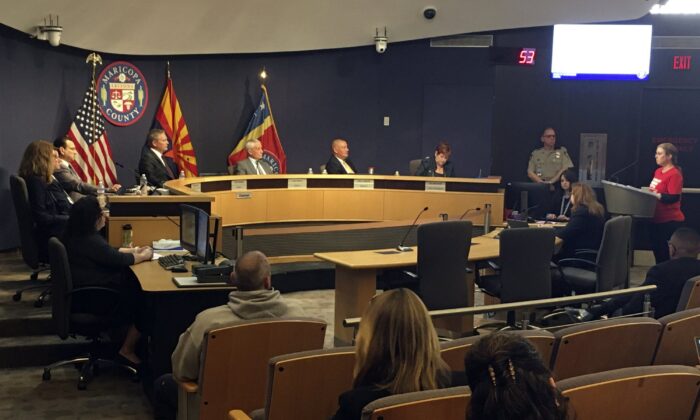 The Maricopa County Board of Supervisors listens to comments from Marie Thearle, right, a gun control supporter, during a meeting in Phoenix on Feb. 26, 2020. (Terry Tang/AP Photo)
US News

Arizona on Feb. 27 saw its fifth county join a growing national movement in the support for gun ownership rights, declaring itself a “Second Amendment Preservation County.”

The Maricopa County Board of Supervisors voted 4-1 on Wednesday in Phoenix to declare the county—the most populous in the state—a “Second Amendment Preservation County,” following dozens of counties nationwide.

Supervisor Steve Gallardo, a Democrat, denounced the politically charged resolution. “Let’s think about this. A resolution should not be divisive,” he said. “It should not be partisan.”

The resolution defends the right of citizens to keep and bear arms as guaranteed by the Second Amendment against gun-control policies that could be perceived as unconstitutional.

Maricopa County, which has about 4.4 million residents, followed other counties in Arizona including Apache, Mohave, La Paz, and Yavapai, which have declared themselves “Second Amendment Sanctuaries.” The resolution simply says the board supports the right to own guns.

Counties and cities across America have also joined the growing national movement and passed similar resolutions.

The largely symbolic resolution in the county passed with only one of two typical provisions—to protect the Second Amendment. The other stipulation that would ensure government funds are not used to infringe on gun rights was dropped, reported Fox News.

Chairman Clint Hickman countered that multiple constituents had expressed support for the sanctuary designation that was first used in 2018 in Illinois and quickly spread to California, Colorado, New Mexico, Florida, Virginia, and other states.

Hickman told the Arizona Republic that the county made the decision to use the term “Preservation County” instead of “Sanctuary County,” saying it was a “better fit.”

“I didn’t like that term,” Hickman said of the word “sanctuary,” adding, “Words mean things.”

“Sanctuary city” is a term more often associated with cities trying to restrict cooperation with U.S. immigration authorities. Some Second Amendment sanctuary supporters say their decision to use the term was a deliberate knock on Democrats who support immigrant sanctuary cities.

In Arizona, gun owners are already free to carry a concealed firearm without a permit. They can also bypass background checks if they buy their firearms at a gun show. However, federal background checks are required for other purchases.