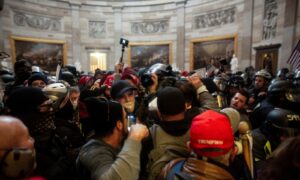 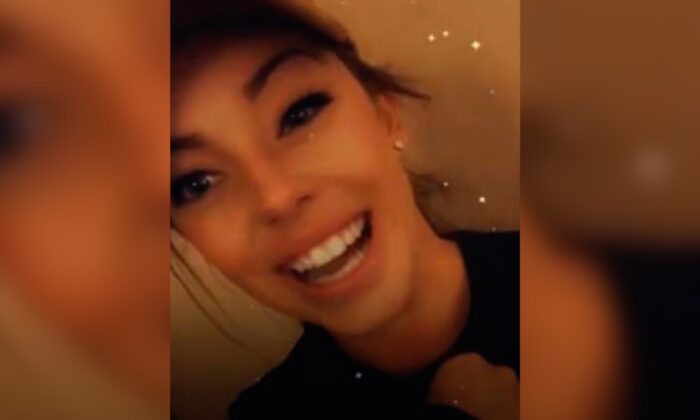 Felicia Konold, 26, from Tucson, Arizona. (Courtesy of FBI via DOJ)
Crime and Incidents

An Arizona woman charged for her alleged involvement in the U.S. Capitol breach earlier this year claims she was recruited by a Kansas City chapter of the Proud Boys, a group that has long forbidden female members.

Felicia Konold, 26, from Tucson was taken into custody in her home state on Feb. 11 on multiple charges that include conspiracy, civil disorder, obstruction, trespassing, and disorderly conduct, according to a criminal complaint (pdf) from the Department of Justice.

The criminal complaint said law enforcement officials received a tip from a witness about a Snapchat account going with the username “classy_lacy”—later identified as Konold—describing the Jan. 6 incident in several videos.

Konold was seen in the footage reportedly boasting about the Kansas City Proud Boys recently recruiting her.

Konold later displayed a two-sided “challenge coin” in the video that appears to have markings that designate it as belonging to the Kansas City Proud Boys—seemingly proving her point, the complaint alleges.

Konold was seen in several pictured captured on Jan. 6 near the U.S. Capitol while wearing a tan baseball cap, tan pants, a black jacket and backpack, and a large green scarf, investigators said.

According to the complaint, she was present among a group of five people who “acted in concert to achieve unlawful purposes” and obstruct law enforcement during the Jan. 6 incident.

According to the Proud Boys website, the group focuses on protecting free speech and the Second Amendment. Their other core values, as stated on their website, are the fight against drugs and racism, support for small government, and strong borders.

The group was recently designated as a terrorist organization by the Canadian government. President Joe Biden and former President Donald Trump have both previously condemned the group.