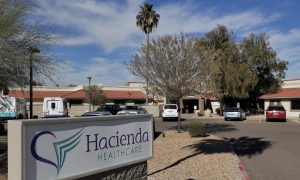 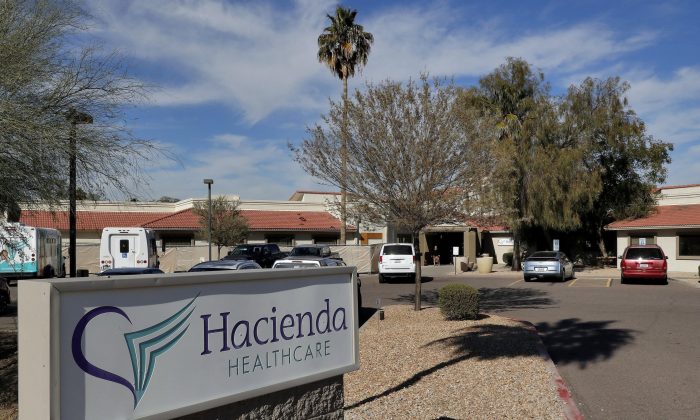 PHOENIX—A Phoenix long-term care facility where an incapacitated woman was raped and unexpectedly gave birth in December 2018, has been placed under state supervision since March 8, 2019.

The Arizona Department of Health Services and Hacienda HealthCare entered into a voluntary agreement, allowing state regulators to watch over the facility, which houses patients who are intellectually disabled or are medically fragile.

The intermediate care facility had long been exempted from state oversight but will now arguably face as much or more scrutiny as any Arizona licensed assisted living centers or nursing homes, with strict oversight requirements in place.

“I feel confident that they are going to be able to meet the terms,” Dr. Cara Christ, director of Arizona’s Department of Health Services told reporters. “They are being regulated very similarly to our other licensed entities.”

The agreement is an important first step toward restoring the facility’s credibility with the state, Hacienda residents, their families, and the public.

“We have completely overhauled Hacienda since January 1st of this year but the improvements are still ongoing,” Hacienda acting CEO Perry Petrilli said in a statement. “We won’t stop until we get this 100 percent right.”

The facility will prepare to hire a third-party authority to monitor day-to-day operations and lead daily checks on the wellbeing of patients. Hacienda must provide the state with a $50,000 deposit in the event that patient transfers are needed. The facility will also have to make sure it complies with state and federal statutes that pertain to nursing care institutions.

Hacienda HealthCare will also be required to undergo unannounced inspections, use a video monitoring system inside the facility and employ people solely to watch out for patient safety. Since the resident gave birth, the center put in place a rule not allowing male caregivers to directly care for female patients without at least another person present.

“Obviously, the focus of this agreement is ensuring the health and safety of patients,” Christ said. “It does not shield Hacienda staff or the board from criminal investigations.”

The agreement marks the culmination of months of turmoil since the female resident gave birth. Nathan Sutherland, a male nurse who cared for her, was arrested after his DNA matched a sample from the newborn. He has pleaded not guilty to felony charges of sexual assault and vulnerable adult abuse.

Just a few days after the news surfaced, Hacienda’s longtime CEO resigned. One doctor was dismissed and another suspended from providing services at the facility. Multiple senior staff employees and two board members left or gave notice of resignation. Former Maricopa County Attorney Rick Romley, who was hired by Hacienda to lead an internal investigation, also quit.

The departures have not impacted on direct patient care, Petrilli insists.

Hacienda officials had planned in February to close down the entire unit where the woman lived, saying it was no longer financially sustainable. The state protested because this would have required relocating nearly 40 other residents who are minors and young adults to other facilities. Hacienda later agreed to relinquish regulation to the state.

Intermediate care facilities for individuals with developmental disabilities have not been subject to state regulation in Arizona since the 1990s, when lawmakers approved the exemption for them.

Legislation that requires facilities like Hacienda to apply for state licenses and conduct background checks of employees who care for clients was unanimously approved recently in the Arizona Senate, and is awaiting a House vote.

“Hacienda is going to be relieved when they can just be licensed by the department,” Christ said.