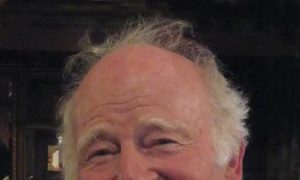 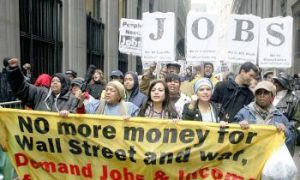 By Epoch Times Staff
Print
President Obama called for a moment of silence at 11:00 a.m. on Monday, Jan. 10, for the victims of a shooting in Arizona on Saturday, Jan. 8. Congresswoman Gabrielle Giffords was shot in the head, and is in the hospital.

Jared Lee Loughner is suspected of the crime. He is in federal custody. United States Attorney for the District of Arizona Dennis K. Burke, filed a complaint against Loughner on Sunday, Jan. 9, charging him with five counts of killing or attempting to kill federal employees and the congresswoman. He will have a preliminary hearing in Phoenix, Ariz., on Monday. According to the complaint, he is suspected of shooting 16 people.

Loughner allegedly opened fire at a constituent event in a local supermarket, sponsored by Giffords. Federal Judge John Roll and five others, including a child, were killed. Roll had served as the chief judge of the Arizona District Court since 2006. He was a "warm, compassionate judge, an inspirational leader in what is one of the busiest districts in the country," according to an official court statement. “His death will leave a significant void in the District of Arizona and the entire federal judiciary, and we are all deeply saddened.”

“Today’s tragedy in Arizona was a senseless act of violence that has already resulted in devastating loss. … All of those who were killed or injured and their families are in our thoughts and prayers,” said Attorney General Eric Holder in a statement.

FBI Director Robert Mueller traveled to Arizona to help coordinate the investigation, according to Holder. "The FBI is working jointly with local law enforcement to investigate today’s events, and I have directed department prosecutors and law enforcement officials to use every resource necessary to investigate this tragedy. I want to assure the people of Arizona and every American that we will hold accountable anyone responsible for these heinous acts," wrote Holder.

Speaker of the House John Boehner, who was sworn in on Wednesday said, “I am horrified by the senseless attack on Congresswoman Gabrielle Giffords and members of her staff. An attack on one who serves is an attack on all who serve. Acts and threats of violence against public officials have no place in our society,” in an official statement.

Giffords is Jewish, and the Anti-Defamation League (ADL) also issued a statement. “We are shocked by this unconscionable and horrific act of violence against one of our highly respected public servants. We agree with President Obama and House Speaker John Boehner that this was more than an attack on one member of Congress. It is an attack on all public servants and the very fabric of our democracy,” wrote Miriam Weisman and Bill Straus of the ADL.