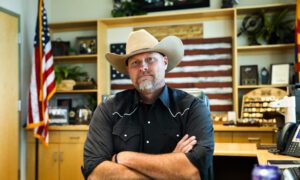 Cartels Push Huge Amounts of Meth, Fentanyl Into US
0 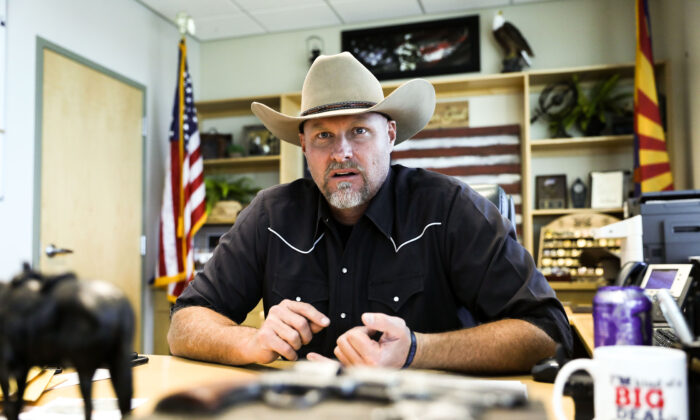 Back in the day, sheriffs would call a “citizens posse” together to go after a band of cattle rustlers, for example. Today, an Arizona sheriff is preparing a citizens posse for emergencies, such as fires, floods, or riots.

Pinal County Sheriff Mark Lamb said he put out the call mainly due to the combination of riots flaring up in many parts of the country, the lockdown measures that are placing huge stress on people, and the limitation of his own resources in an emergency.

“Like anybody, I’m seeing the uncertainty that people have,” Lamb told The Epoch Times. “We’ve got what’s happening in Portland and the inability to stop that. We’ve got the media who keeps saying these are protests and not riots. I’ve had many many people tell me, ‘Sheriff, if the government can’t do this, then we the people will do it.’”

Lamb hopes to use the citizens posse training to help “calm the nerves” of a frustrated citizenry as well as provide education.

“This gives me an opportunity to give people hope in uncertain times,” he said.

The initial push to gauge interest in joining elicited a flood of more than 2,000 responses, many of which include more than one person signing up.

Lamb said most of the responses are from Pinal County residents. The county is roughly the same land size as Connecticut and its population is around 460,000, according to Census data. Lamb currently has 220 deputies.

The first four-hour class starts on Aug. 15. It will touch on constitutional law, search and seizure, firearm safety, home safety, and use of deadly force. Participants will also be given the opportunity to go through a scenario in a virtual simulator. “They’re going to get a feel for this, and they’re going to realize … it’s not that easy,” Lamb said.

“Four hours is not enough to teach people hardly anything, but we’re going to do the best we can to give them a look into what we do in law enforcement.”

Ongoing training will be provided by the Sheriff’s Office on a monthly basis, and participants will also be referred to local businesses for further training in firearms safety and self defense.

The citizens posse would be used only in an emergency, and members will not be deputized, although they will receive an ID card. An initial background check will exclude from the course anyone with a warrant, and a second check, after the course but before the ID cards are issued, will weed out felons, registered sex offenders, and the like, Lamb said. The members of the citizens posse aren’t sworn officers and don’t have arresting powers.

Lamb said he is charged to defend his county through Arizona Revised Statutes that state the sheriff shall “prevent and suppress all affrays, breaches of the peace, riots and insurrections which may come to the knowledge of the sheriff” and that he may “command the aid of as many inhabitants of the county” as he deems necessary.

“If I had an emergency and had to call out some people, would you not want to know that they have at least received some level of training or ongoing training before they go out to the community?” Lamb said.

“And so I think that this program is going to be really good all the way around. It’s going to accomplish a lot of missions—it’s going to bring our community together.”

The Sheriff’s Office already operates a patrol posse, which augments the deputies in such tasks as transporting prisoners, traffic control, and securing scenes. They wear uniforms and have badges and guns, but don’t have arresting powers.

“It’s a huge benefit and blessing to the county—and the taxpayer, because they’re getting a lot of service from people that are out there for free,” Lamb said.

When asked if he thinks the citizens posse might encourage people to go rogue, Lamb said: “No—I mean, people could go rogue now.

“Here’s what I’m more worried about: I’m worried that we are already pushing our citizens toward vigilantism. So I feel like this program is going to help kind of curtail some of that energy and give them a little bit of someplace to channel it.”

He blames local government and the media for stoking fear and panic.

“I mean, look at what we’ve done to this country for a virus that has a 99-point-something percent chance of survival. I would’ve never in my right mind thought this,” Lamb said.

“You have people shouting each other down in stores because they’re not wearing a mask. That’s unacceptable. That is not appropriate behavior.”

Lamb said most criticism for the initiative has come from people who don’t understand the program.

He said he hopes he’ll never need to use the citizens posse in a riot, but if a Portland-type situation occurred in his county, he wouldn’t hesitate to call it up.

“I hope that never comes to our county. I hope we send a message to anybody that would try to do harm, that we in this county—not only law enforcement—but our community also doesn’t want that here,” he said.