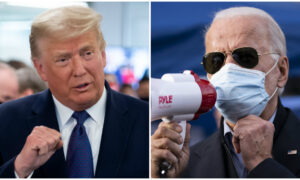 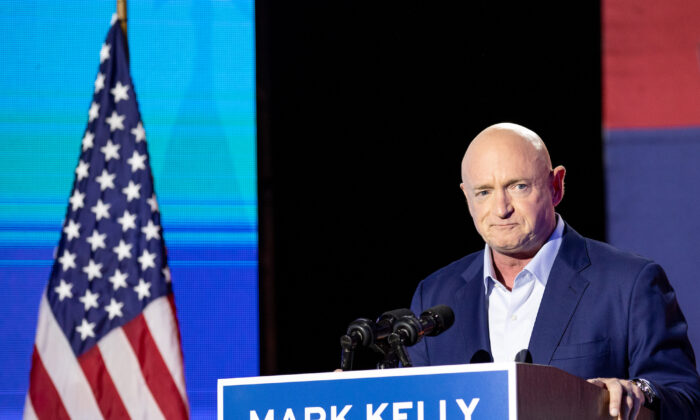 Arizona Democrat Mark Kelly is projected to win his bid to unseat incumbent Republican Sen. Martha McSally (R-Ariz.) in a race for a Senate seat, with Kelly saying he expects to emerge victorious once all the votes are counted.

However, McSally’s campaign is not yet ready to concede, saying “this race is not over.”

“I’m very humbled to be here, and I’m also confident that, when the votes are counted, we’re going to be successful in this mission,” Kelly, a former astronaut and retired U.S. Navy captain, said in a press conference in Tuscon early Wednesday.

The campaign for McSally, a former congresswoman and the first woman to fly a combat mission as a fighter pilot, reacted to the projection and Kelly’s remarks, saying they will wait until all the votes are tallied before making any declarations regarding the winner.

“Like Mark said, every vote should be counted,” spokeswoman Caroline Anderegg said in a statement. “With one million votes to be counted and no Election Day results reported from Maricopa County, the decision to make a call at this point is irresponsible. We will continue to wait for votes to come in. This race is not over.”

Kelly held a 10-point lead over McSally with around three-quarters of the expected votes counted as of late Tuesday night into early Wednesday morning, according to The Associated Press.

Kelly in his speech said: “This doesn’t feel like a typical election night and this hasn’t been a typical year. And that’s why tonight is not about celebrating. Tonight is about getting to work.”

“There’s nothing that we cannot achieve if we set our minds to it and work together,” he added.

While Kelly’s potential victory would challenge Republicans’ slim 53-member majority in the Senate, Democrat hopes for control of the upper chamber appear to be fading amid a disappointing Election Day performance. Republican Senate candidates resisted the Democrat onslaught, winning seats in Alabama, South Carolina, Iowa, Texas, Kansas, and Montana. Several races remained undecided into Wednesday and at least one headed to a January runoff.

“You wasted a lot of money,” said Sen. Lindsey Graham (R-S.C.) in Columbia, South Carolina, after defeating Jamie Harrison, despite the Democrat’s remarkable $100 million haul in his bid to upstage the Republican incumbent. “This is the worst return on investment in the history of American politics.”

The voters’ choices are likely to force a rethinking of Democratic Party strategy, messaging, and approach.

“Lord knows the system in Washington is a broken mess,” Hickenlooper said. “Tonight, I pledge to work my heart out for the state I love.”

Gardner, in a concession speech, pledged to help Hickenlooper prepare for the Senate.

“He knows I will support him in this transition in any way I can,” Gardner said in a Facebook address. “Please understand, to all the people who supported our efforts tonight, that his success is Colorado’s success, and our nation and our state need him to succeed.”