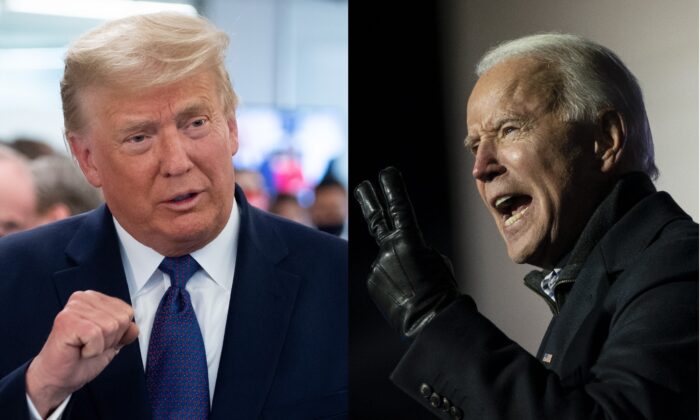 Arizona Republican Party Chairwoman Kelli Ward said that the state was “trending in the direction of” President Donald Trump as votes are still being counted.

“We are in play,” Ward said during a press conference on Thursday, dismissing calls made by The Associated Press and Fox News that gave Democratic nominee Joe Biden the state’s 11 Electoral College votes.

Trump’s campaign manager, Bill Stepien, said he was optimistic that Trump would win in Arizona.

Arizona Secretary of State Katie Hobbs announced earlier in the day that between 400,000 to 450,000 ballots still need to be counted around the state.

“It sounds like most of the counties are wrapping up tabulation, the bulk of tabulation, by this weekend, Maricopa County included, except for some provisional ballots that they actually have until Tuesday to resolve. And so, we’re going to know results soon,” she told CNN. About 300,000 ballots are from Maricopa County, the largest county in Arizona, Hobbs said Thursday evening.

Data shows that Trump is gaining on Biden as votes are being counted. As of Thursday evening, Trump was behind the former vice president by more than 50,000 votes with 90 percent of the vote counted.

Trump campaign officials and the state’s GOP called on Fox and The Associated Press to rescind their call for Biden.

AP attempted to explain its projection in a story on Wednesday morning, citing “an analysis of ballots cast statewide” that “concluded there were not enough outstanding to allow Trump to catch up.”