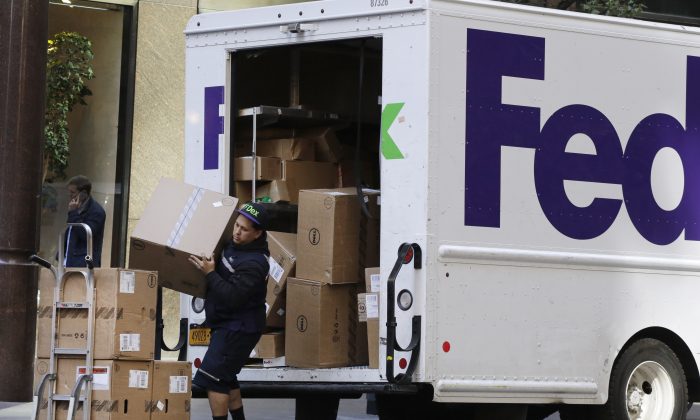 Arizona Police: No Arrests in Theft of FedEx Delivery Truck

Police in suburban Phoenix say two men who stole a FedEx delivery truck from its driver at gunpoint remain at large and that the company is still working to find out how many packages are missing.

Glendale police say the truck was stolen Tuesday morning when the driver returned to it after dropping off a package and a suspect pointed a gun at him.

Police say a sedan then pulled up and a man got out and also pointed a gun at the driver.

Both vehicles then drove off.

Several hours later, police say a resident in a nearby Phoenix neighborhood called to report a FedEx truck sitting with its engine running and rear doors open.

FedEx did not immediately respond to a request for comment Wednesday.