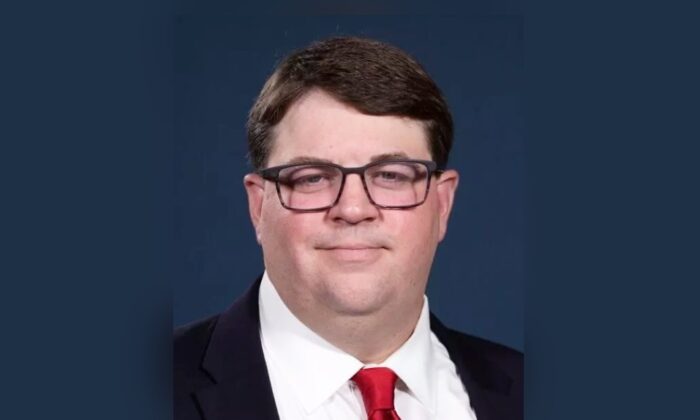 An Arizona mother is suing because authorities placed her name on a registry for child abusers after she left her son with a friend to go grocery shopping a few blocks away.

One of her lawyers said the legal process that she has been subjected to denied the mother due process and is so unfair it is “Kafkaesque.” The adjective describes the novels of the Czech writer Franz Kafka, in which bureaucracies are oppressive or nightmarish and is often used in tandem with “Orwellian,” after the novels of George Orwell, in which governmental structures are overbearing or totalitarian.

The woman, identified in court papers as Sarra L., is being represented by the Pacific Legal Foundation (PLF), a Sacramento, California-based national public interest law firm, and the Phoenix-based Goldwater Institute, which describes itself as “the nation’s preeminent liberty organization.”

According to PLF, Sarra’s case dates to Thanksgiving 2020—at the height of the COVID-19 pandemic—as restrictions on personal freedoms, including shopping and public gatherings, were at their height. The Tucson grocery store where she shopped was asking that only adult shoppers enter the store.

So Sarra, who works for a refugee-aid organization that assists families and their children, deposited her 7-year-old son and his 5-year-old friend at a park five blocks from the store, where she thought they would be safe under the watchful eye of her friend, who was teaching a tai chi class there.

Sarra was raised in the neighborhood and played by herself at the same park when she was a child.

While shopping, Sarra received a call from the tai chi teacher, who told her that police were interrogating the two children. She quickly returned to the park, where police told her leaving her son there was a crime. They charged her with two counts of contributing to the delinquency of a minor, with each charge punishable by up to six months of jail time.

While county prosecutors dropped the charges after Sarra committed to a life-skills class, the state’s Department of Child Safety (DCS) carried out a separate investigation and concluded that Sarra had placed her son “at unreasonable risk of harm for abduction, injury, harm from a stranger, exposure to drugs, and death.”

The department labeled her a neglectful parent and recommended that her name be placed on Arizona’s DCS Central Registry for 25 years.

The Central Registry is akin to a sex offender registry. Accessible to employers, law enforcement, and child protection workers, among others, people on the list aren’t allowed to have contact with children. Sarra would have to stop working with children and suffer devastating reputational harm and the stigma associated with it, according to PLF.

Sarra demanded a trial, which, in Arizona, takes place before an administrative law judge from the Office of Administrative Hearings. The judge who heard Sarra’s case in March 2022 found probable cause to conclude that she had committed child neglect and ordered that her name be included in the Central Registry.

But Sarra won a round in the litigation battle in the case, known as Sarra L. v. Faust, in August, when the Maricopa County branch of the Superior Court of Arizona ordered her name removed from the registry (pdf) pending appeal. Mike Faust is the director of DCS.

PLF attorney Frank Garrison said the Constitution requires a jury trial in this kind of case.

“But for now, the judge found that we have a colorable claim of a due process violation because of the probable cause standard. So for now, Sarra is off the registry,” Garrison told The Epoch Times.

“I would definitely characterize it as Kafkaesque. You have the administrative agency, not a court of law, investigating you, and they are prosecuting you and adjudicating you. The Framers of the Constitution—James Madison said when the executive, legislative, and judicial are all combined into one, that’s the very definition of tyranny. And that’s what happened to her in this case. And it was on a low standard of proof, probable cause.”

Getting a court to order the department to remove Sarra’s name from the registry was “a really important initial victory … one battle in the larger war,” Garrison said.

Officials at the Arizona Department of Child Safety didn’t respond by press time to a request by The Epoch Times for comment.