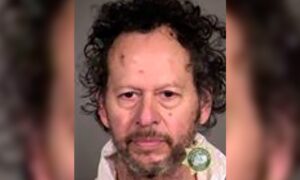 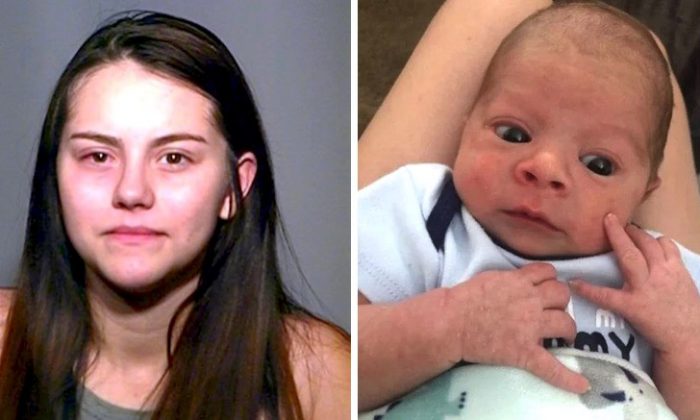 An undated photo showing 19-year-old Jenna Folwell, who has been accused of first-degree murder in the drowning death of her infant son (R). (Chandler Police Department)
Crime and Incidents

An Arizona mother has been charged with murder after she allegedly killed her 4-week-old son and called 911 to report that he had been abducted.

Jenna Folwell, 19, was booked into Maricopa County Jail on Thursday, Oct. 25, according to PEOPLE, and charged with one count of first-degree murder.

The teen mom stands accused of drowning her month-old son in a bathtub before calling the police to report that a stranger had kidnapped the baby.

Detective Seth Tyler with the Chandler Police Department told Fox10 Phoenix said she made the 911 call on Wednesday from Brooks Crossing Park, a suburb of Phoenix, Arizona. She told the dispatcher that her newborn baby had been snatched from her arms as she was putting him in his car seat. She added that the kidnapper placed a bag over her head and threatened to kill her.

When investigators searched Folwell’s apartment, however, they found the baby wrapped in a blanket and in a duffel bag.

Folwell reportedly changed her story, claiming that she had fainted while holding the infant in the bathtub, and the baby had accidentally drowned.

Police then searched her phone and discovered more than 100 web searches for ways to kill an infant.

“Other searched items included how long it takes babies to drown, five types of parents who kill, reasons parents kill their babies, and sudden infant death syndrome. There were over 100 different searches on these types of topics,” the police said, according to the report.

Confronted about the searches, Folwell admitted to doing them and “getting in the bathtub with her son and then letting him go,” according to a police statement cited by Fox32. “Jenna said she settled on this way because she did not want to hear her son cry.”

She also said that she “felt bad” after about a minute of the baby drowning and tried to resuscitate him. When CPR efforts proved futile, she placed his body in a duffel bag.

“Evidence gathered on the scene revealed Jenna [Folwell] was the person that drowned the baby earlier that day,” said Sgt. Daniel Mejia with Chandler Police.

Folwell made a court appearance on Thursday, where she heard charges of first-degree murder.

The baby’s father reportedly attended court proceedings. and became emotional as he watched the proceedings.

“I will never … she took away my life with Rainer the moment she took his life,” he said, according to Fox32.

No attorney for the defendant has been listed in court records, according to PEOPLE.

She has not yet entered a plea, according to the report.