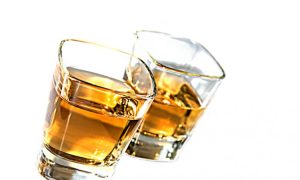 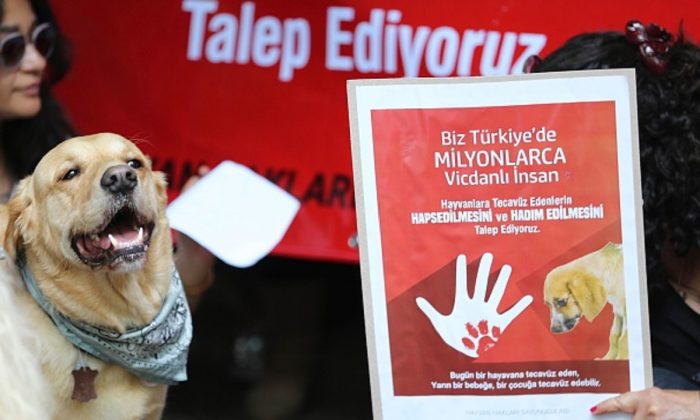 A picture shows a demonstrator holding a banner calling penalty for zoophilia, as a dog stands next to her during a demonstration in Ankara on June 10, 2018. (Adem Altan/AFP/Getty Images)
US News

Arizona Man Accused of Killing His Service Dog, Dumping It

SCOTTSDALE, Ariz.—Police in the Phoenix suburb of Scottsdale say a man is accused of killing his 4-year-old golden retriever service dog at his home and dumping the dog’s body in a garbage can where it was found by family members.

Police say in a statement that 29-year-old Jacob Bushkin was arrested Thursday night, Feb. 28, on suspicion of killing a service animal and animal cruelty.

Jacob Bushkin, stabbed the dog over 100 times before dumping it into a trash can, police officials told Fox 10.

Family members found the 4-year-old Golden Retriever and took the dog from Scottsdale to a veterinarian in Phoenix. The vet alerted the police on Feb. 25.

The Arizona Humane Society performed a necropsy on the dog and found that it was alive during the vicious attack.

Arizona man Jacob Bushkin accused of killing his service dog Cub by stabbing it 100 times, then dumping body in bin. /via SCMP https://t.co/z6kMf3fS92

The statement says Bushkin declined to speak with investigators and that detectives arrested him at the office of his lawyer, Ryan Tait.

According to police, a necropsy found that the dog was stabbed more than 100 times and a veterinarian said the dog’s throat had been cut.

Animal cruelty effects reach beyond the animal victims, noted researchers for the Animal Welfare Institute in a 2012 report (pdf).