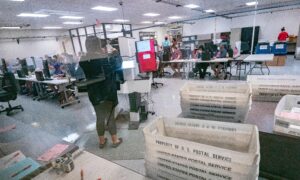 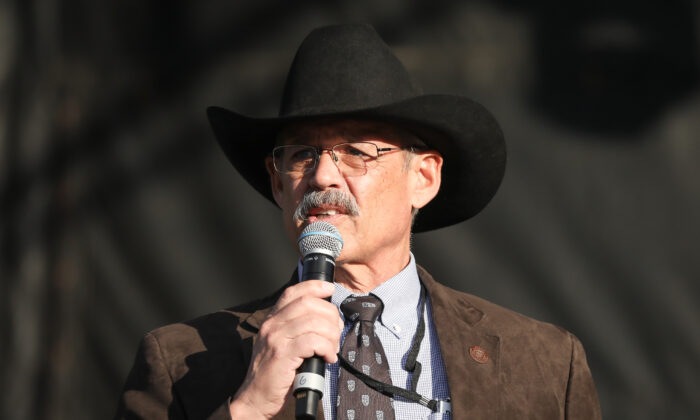 An Arizona lawmaker said local media are “losing their minds” because he was sitting in the audience for Saturday’s screening of “The Deep Rig,” a movie which purports that the 2020 general election was stolen from then-President Donald Trump.

“They’re losing their minds because I went to see a movie. Would they have lost their minds if I had seen ‘An Inconvenient Truth’? Because I did, but they didn’t,” Arizona Rep. Mark Finchem (R), who is currently running for Secretary of State, told The Epoch Times.

Finchem said there were no shocking new revelations in the movie. The Republican legislator said the main reason he went to see the movie was to “see what was in it” and to square information with the actual facts of the ongoing Maricopa County audit once the report is released.

“I’ve been an advocate of the audit process. We reserve the right to scrutinize the process,” Finchem said.

“The Deep Rig” premiered on June 26 at Dream City Church in North Phoenix. Approximately 500 people attended, according to Arizona Central.

“I was in the cheap seats. I was in the back observing. So people want to make a deal about that?” Finchem said.

Arizona Sen. Sonny Borrelli (R-Lake Havasu City) also attended the screening, according to Arizona Central. A phone call to Borrelli’s office on Monday was not returned.

Finchem said there are details in the film that he wished not to discuss, such as potential electoral discrepancies among the 2.1 million ballots cast during the election in Arizona’s Maricopa County.

On April 24, private contractors hired by the Arizona State Senate launched an audit of the ballots cast in Maricopa, the state’s most populous county. The auditors are looking to determine whether or not significant irregularities took place during the election.

“Like everybody else, I am waiting to see the report because the report will have the evidence,” Finchem said.

Patrick Byrne, the founder and former CEO of Overstock.com, who wrote a book that inspired “The Deep Rig,” appears in the movie and trailer, saying the effort is to protect democracy.

“I had a ringside seat to events from Nov. 3, 2020, and feel a duty to tell the world what happened. My only interest is honestly conveying the truth for historical purposes,” Byrne said.

Finchem said he was “concerned” that Doug Logan, the CEO of Florida-based cybersecurity firm Cyber Ninjas, the company spearheading Arizona’s audit of the 2020 Maricopa County general election, also appears in the film.

“I am concerned. I don’t know whether that interferes with that [audit] objective,” Finchem said.

Finchem said that for the most part, nothing about the movie was surprising to him.

“I’m still digesting what was in it. I understand the story has to be told and that there will be storytellers. I don’t want to interfere with the storytelling. I want to make sure everything is rooted in fact. This is such an important topic. We’ve got to vet and revet and revet [the facts],” Finchem said. “It’s an effort to restore voter confidence in our electoral system.”