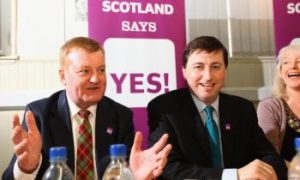 ANALYSIS: To AV or not to AV
0 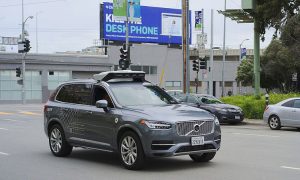 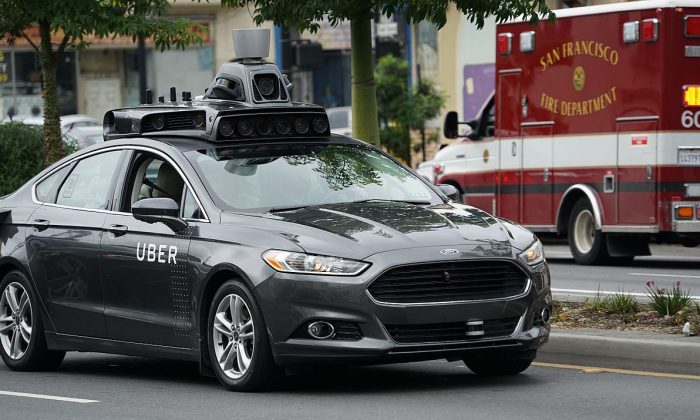 After Arizona Gov. Doug Ducey shut down Uber’s self-driver car test on Monday, March 26, the San Francisco-based transportation service said it will “keep a dialogue open” with the governor’s office.

An Uber Autonomous Vehicle (AV) struck and killed a pedestrian on the night of Sunday, March 18, the first fatality attributed to an AV.

The incident was captured on the AV’s dashcam. The Tempe police department released the footage up until the moment before impact.

Uber temporarily suspended its AV tests in Arizona and several states after the accident.

Arizona’s governor made that permanent with a letter to Uber CEO Dara Khosrowshahi on March 26.

After viewing video of the accident, Ducey said the accident “raises many questions about the ability of Uber to continue testing in Arizona.”

In the letter Ducey said he expected public safety would be “the top priority for all who operate this technology in the state of Arizona. The incident, which took place on March 18 is an unquestionable failure to comply with this expectation.”

Uber replied with a tweet saying, “We proactively suspended self-driving operations in all cities immediately following the tragic incident last week. We continue to help investigators in any way we can, and we’ll keep a dialogue open with the Governor’s office to address any concerns they have.”

We proactively suspended self-driving operations in all cities immediately following the tragic incident last week. We continue to help investigators in any way we can, and we'll keep a dialogue open with the Governor's office to address any concerns they have. https://t.co/G2fzooa3GO

Arizona: The Wild West for AVs

Arizona has long welcomed AV experimentation, AutoNews reported, with Ducey signing an executive order allowing AVs with no human drivers, in 2015, and allowing self-driving taxis on March 1—just 18 days before the fatal accident.

Many companies tried testing in California, but that state had strict regulations, while Arizona was more willing to let AV companies experiment.

While California demanded detailed reporting of every factor of the AV’s companies’ testing, Arizona has very few requirements.

Uber Intel Corp., General Motors Co., and Waymo, the Google offspring, all have AV programs in the greater Phoenix area, according to AutoNews, taking advantage of good weather and permissive regulations.

Of the three, Waymo is considered to be the furthest advanced, and with plans to kick off its own AV taxi program soon. Waymo is already testing fully driverless cars and has had no incidents.

According to RadioFreeMobile, AV test data submitted to California shows Waymo had one “disengagement”—where the human driver had to take over for the computer—per 5,128miles traveled.

Internal documents from Uber (which was temporarily banned from testing in California) recorded one disengagement in every mile of driving.

A BuzzFeed article from March 16, 2017, showed that Uber’s high disengagement rate from California persisted in Arizona.

Company documents obtained by the New York Times showed that even after a year of testing, Uber’s AVs struggled to travel 13 miles—the company’s stated goal—without disengagement.

While Uber is mostly known for its ride-share service, the company made the plunge into the Autonomous Vehicle (AV) market in 2016.

Uber initiated an AV test program in the greater Phoenix area, with computer-controlled cars and human backup drivers, in February 2017.

Uber started AV tests in Pittsburgh in 2016 and had test programs in Phoenix, Pittsburgh, San Francisco, and Toronto at the time of the accident. It voluntarily paused all those programs, though Getty reports that Uber AVs have resumed testing in San Francisco.

Michael Ramsey, an automotive analyst at Gartner Analytics, told the New York Times that the testing suspension could lead to the termination of Uber’s AV efforts.

“The collection of bad news around Uber creates a reputation in people’s minds,” Ramsey stated. “Every other company would get a black eye, too, but they might be forgiven. For Uber, it’s going to be hard to shake.”

Toyota has suspended its AV Chauffer program in Michigan, because, as a Toyota representative told The Verge, not because the cars weren’t working, but “Because we feel the incident may have an emotional effect on our test drivers, we have decided to temporarily pause our Chauffeur mode testing on public roads.”