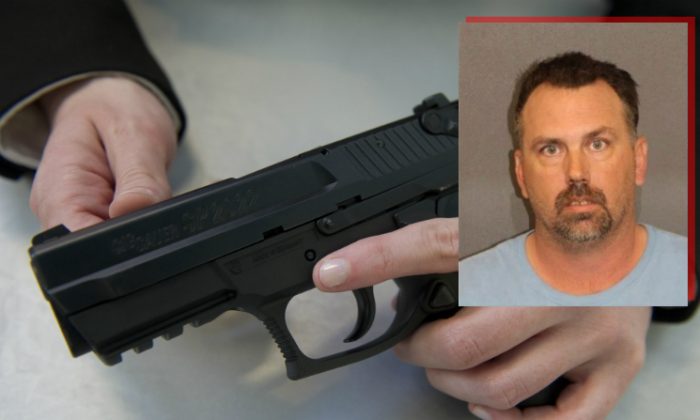 Arizona Dad Gave Gun to 14-Year-Old Daughter and Told Her to Kill Herself, Police Say

An Arizona father overwhelmed by his 14-year-old daughter’s disciplinary issues handed her a 9mm handgun and told her to kill herself, Fox News reported, citing the Mohave County Sheriff’s Office.

Ulys Laffette Bell IV, 38, of Fort Mohave, handed the gun to his teenage girl on Sunday and instructed her to “pull the trigger,” ABC 15 reported.

The girl reported the episode to school officials on Monday, Dec. 4, according to New 3 Las Vegas. The school then contacted police, who apprehended and arrested Bell that same day.

The dad admitted to handing his daughter the gun and said that the weapon was not loaded, according to deputies. Bell was booked into the Mohave County jail.

Officials could not confirm if the gun was loaded at the time of the incident, according to the sheriff’s office spokeswoman, Sue Callahan.

Less than 14 percent of child-abuse reports end up being substantiated in Arizona according to statistics from the state’s Department of Child Safety cited by ABC 15. Out of the 25,508 child abuse cases reported in 2015, 3,535 cases were found to be substantiated.