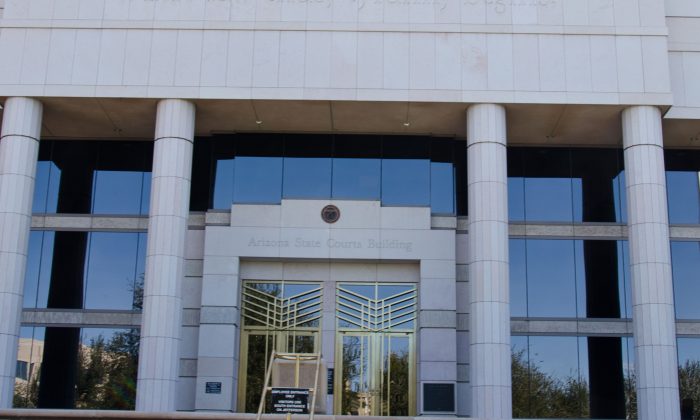 The Arizona Supreme Court ruled Sept. 16 that the city of Phoenix can’t use a criminal law to compel two artists to produce custom wedding invitations for LGBT couples because that would force them to express messages that conflict with their personal religious beliefs.

Joanna Duka and Breanna Koski of Phoenix-based Brush & Nib Studio were threatened by the city with as much as six months of jail time, $2,500 in fines, and three years of probation for each day the city found them in violation of the law.

In 2017, Maricopa Country Superior Court Judge Karen A. Mullins found against the two businesswomen, ruling the ordinance didn’t violate their right to free speech or the free exercise of religion, The Phoenix New Times reported.

But the Arizona Supreme Court reversed that ruling.

The coercion involved, the court held in a 4–3 decision, would run afoul of the fundamental principle that “an individual has autonomy over his or her speech and thus may not be forced to speak a message he or she does not wish to say.”

Duka and Koski were represented by a Christian legal interest group, the Alliance Defending Freedom, which is based in Scottsdale, Arizona. ADF was created to defend religious liberty from “the American Civil Liberties Union (ACLU) and its allies[, which have] used the courts to drive out public expressions of faith and to radically change America into something the Founding Fathers never intended,” the group states on its website.

In this case, the ADF sued Phoenix because lawyers believed the city interprets its law in a way that unlawfully burdens artistic expression and disregards religious liberty.

“The rights of free speech and free exercise, so precious to this nation since its founding, are not limited to soft murmurings behind the doors of a person’s home or church, or private conversations with like-minded friends and family. These guarantees protect the right of every American to express their beliefs in public. This includes the right to create and sell words, paintings, and art that express a person’s sincere religious beliefs.

“With these fundamental principles in mind, today we hold that the City of Phoenix cannot apply its Human Relations Ordinance to force Joanna Duka and Breanna Koski, owners of Brush & Nib Studios, LC, to create custom wedding invitations celebrating same-sex wedding ceremonies in violation of their sincerely held religious beliefs. Duka, Koski, and Brush & Nib have the right to refuse to express such messages under article 2, section 6 of the Arizona Constitution, as well as Arizona’s Free Exercise of Religion Act.”

The city shrugged off its defeat in court.

“The city of Phoenix’s anti-discrimination ordinance is still a legal, valid law and remains in effect,” local officials said after the ruling, according to The Phoenix New Times.

But Duka said the ruling was “a win for everyone.”

“Everyone should be free to live and work according to their beliefs.”

Koski said the case was about “who should decide what artists say through their work, the artist or the government.”

“We cannot separate our art from our faith; they are deeply interwoven,” she said.