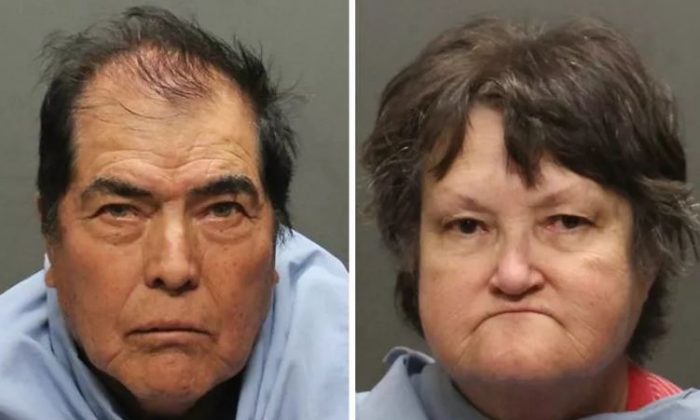 A couple in Arizona has been arrested after police officers found their adopted children locked in their bedrooms with little food or water.

The Pima County Sheriff’s Department received a call of suspicious activity regarding a home off of North Flowing Wells Road, to which they responded.

Detectives said they found four children, ranging from 6 to 12 years of age, living in the home but kept locked inside separate bedrooms with little access to food or water.

The children had no access to food, water, light, or bathrooms for up to 12 hours at a time, reported KVOA.

One bedroom only had a bucket to use as a toilet.

One of the children escaped the house through a bedroom window and asked a clerk at a nearby Family Dollar store to use their phone, reported KGUN.

The clerk noted the age and “disheveled condition” of the child and called 911, deputies said.

The case comes just weeks after officers in California discovered 13 siblings locked inside of a home in California, with some even in chains and padlocks.

A child there was able to escape and use an older mobile phone to call the police.

The Gutierrez couple faces three counts of child abuse each and are being held in jail.