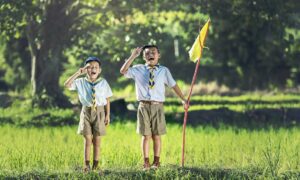 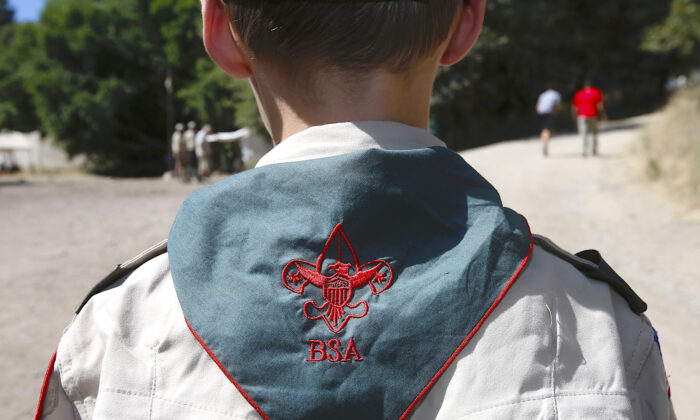 On July 9, the executive board of the Grand Canyon Council of the Boy Scouts of America (BSA) announced it will sell Camp Geronimo, a 200-acre summer camp near Payson, Arizona, and 10 acres of Heard Scout Pueblo in Phoenix, and contribute the proceeds to the BSA to help it pay victims of sexual abuse.

Last week, BSA filed an amended Restructuring Settlement Agreement announcing that the organization had come to terms with the Coalition of Abused Scouts and several other parties involved in the longstanding sexual abuse case.

As part of the agreement, BSA will establish an $850,000 settlement trust for victim compensation.

“While BSA is not fully out of the woods yet, this agreement is an important step forward and may pave the path toward a successful exit from bankruptcy,” Andy Price, Scout Executive and CEO for the Grand Canyon Council in Phoenix, wrote in a July 8 letter to council members.

Established 100 years ago, the Grand Canyon Council serves most of Arizona and its 35,600 members.

In a YouTube video announcing the planned land sale, Price said there was “reason to be optimistic” about the BSA settlement agreement.

The agreement includes an “aggregate contribution” of $500 million from BSA’s 251 local councils. The Grand Canyon Council will contribute just over $7 million for the settlement trust.

“A successful exit from bankruptcy will result in what has been called a ‘global settlement’ with local councils receiving a channeling injunction, protecting them from any future claims arising from past instances of sexual abuse,” Price said in the letter.

In February 2020, the BSA filed for Chapter 11 bankruptcy protection in response to over 275 sexual abuse lawsuits filed in state and federal courts, including 1,400 other potential claims stemming from thousands of complaints of abuse spanning back over 30 years.

In a statement at the time of the bankruptcy filing, the organization said, “The BSA cares deeply about all victims of abuse and sincerely apologizes to anyone who was harmed during their time in scouting. The BSA intends to use the Chapter 11 process to create a Victims Compensation Trust that would provide equitable compensation to victims.”

According to a coalition of attorneys representing sexual abuse victims, “while $850 million may sound like a lot of money, such a settlement would result in abuse survivors receiving an average of around $10,000 from the Boy Scouts and their local councils.

“Such compensation would be on the low end of how much has been paid in prior sexual abuse bankruptcies, if not the lowest by a wide margin. Moreover, the Boy Scouts recently disclosed that the local councils have more than $1.8 billion in unrestricted net assets that could be available to pay abuse survivors, but the councils are collectively paying just $600 million,” they said in a statement published on boyscoutssexualabuse.com.

Price said that in determining how to best leverage the $7 million obligation against the council’s programs, each of the council’s four campgrounds were reviewed for the strongest real estate values.

“This process began over two years ago and involved hundreds of conversations with scouts,” Price wrote. “The process has been difficult and emotional, as everyone has strong ties to our various camps, and each is loved for its own special characteristics. Several options were reviewed and ultimately, the best option emerged—we will contribute Camp Geronimo and sell approximately 10 acres of the eastern portion of the Heard Scout Pueblo.”

“This option leverages the high net value of Camp Geronimo and the rising real estate values in Arizona against our program needs. We will retain the most-used portion of the Heard while giving up the portion underutilized by us yet highly valued by others,” Price added.

While the sale could take several years to complete, council members plan to move the summer camp operation to Camp Raymond, a former summer camp that stopped being used in 2019, and retain R-C Scout Ranch, which Price described as “critically important to the council’s Cub Scout camping programs.”