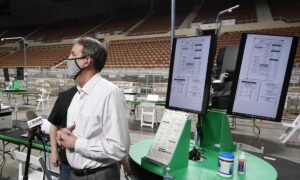 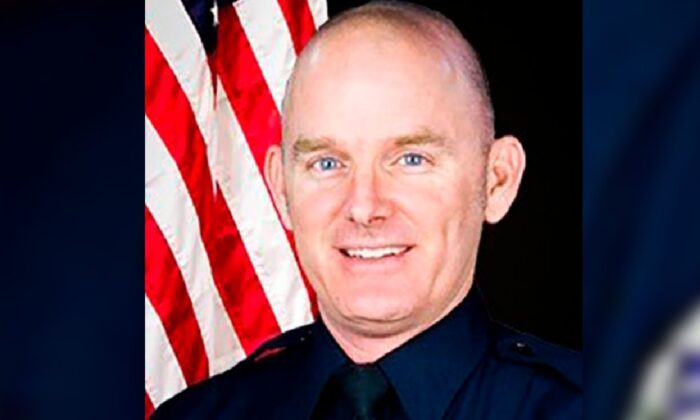 GILBERT, Ariz.—A suspect in a stolen car struck and killed one officer and critically injured another during a wild chase involving gunfire and multiple law enforcement agencies in the suburbs of Phoenix, authorities said Thursday.

Chandler Police Officer Christopher Farrar was killed and a Gilbert Police officer was hospitalized in critical condition, their departments said.

“Chris was struck and killed by a violent felon in a stolen vehicle following a multi-agency shooting and pursuit,” Chandler Police Chief Sean Duggan said.

The suspect was injured while finally being taken into custody as several officers engaged in gunfire, Gilbert Police spokesman P. Alaniz said. An employee at a Ford dealership also was among the injured, Alaniz said.

The pursuit began when a Pinal County deputy pursued the vehicle in the Eloy area and was fired upon, Alaniz said, stressing that the crime remains under investigation.

The suspect then got back on a highway into Gilbert, where he broke into the SanTan Motorplex and stole a vehicle from the Ford dealership there, running over the two officers as he tried to get away, Alaniz said.

Duggan said the slain officer had touched many lives during his 18 years on the force.

“I just ask that you keep Chris’s family in your thoughts and prayers, and take a moment and be mindful of the brave men and women who are out there daily helping keep our communities safe,” the chief said.