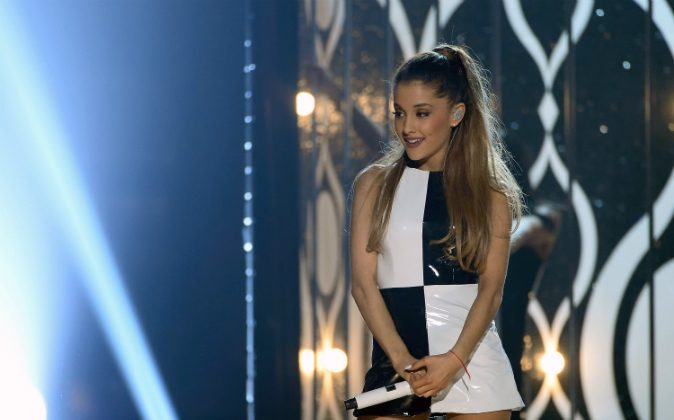 Ariana Grande is dangerously talented—vocal chops that have been likened to Mariah Carey, and celebrity impersonations that have induced serious laughs on late night shows. Yet when there are moments of uncertainty for the starlet, she turns to an unlikely source: Super Bunny.

“The Super Bunny is my superhero, or supervillain—whatever I’m feeling on the day,” said Grande in an interview with Billboard. “Whenever I doubt myself or question choices I know in my gut are right—because other people are telling me other things—I’m like, ‘What would that bad [expletive] Super Bunny do?’ She helps me call the shots.”

Grande has done fairly well for herself with two chart topping albums, “My Everything” and “Yours Truly,” under her belt. Her 2015 Honeymoon Tour grossed $41.8 million and she became the first artist in Billboard Hot 100 history to have lead singles from each of her first three albums debut in the top 10. Her new album, “Dangerous Woman” is scheduled for a May 20 release and it looks to be only up from here.

“I feel like I’m still just getting started—a lot of people forget I’m only three years in,” she said.

As her star continues to rise, Grande remains humble through it all with the help of childhood friends.

“I have a bunch of really dope friends I’ve known since elementary school,” stated Grande. “They think it’s funny that people want to take pictures with me at Starbucks, because it is—it’s weird. They’re going to keep me healthy and humble. I still feel like Ariana from Boca [Raton] who loves musical theater and dogs. I’m just working now.”

While working, the singer also advocates for gender equality. Last year, the songstress posted an essay about women’s independence on her Twitter page, where she concluded with a Steinem quote that read: “Any woman who chooses to behave like a full human being should be warned that the armies of the status quo will treat her as something of a dirty joke. She will need her sisterhood.”

“If you’re going to rave about how sexy a male artist looks with his shirt off,” said Grande, “and a woman decides to get in her panties or show her boobies for a photo shoot, she needs to be treated with the same awe and admiration.”

She added, “I will say it until I’m an old-[expletive] lady with my [expletive] out at Whole Foods. I’ll be in the produce aisle, naked at 95, with a sensible ponytail, one strand of hair left on my head and a Chanel bow. Mark my words. See you there with my 95 dogs.”

Catch Grande as she hit the stage at this year’s Billboard Music Awards on May 22.