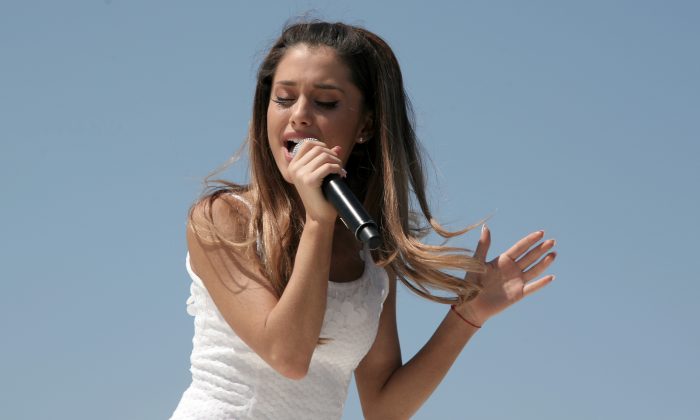 Ariana Grande, who plays Cat Valentine on Nickelodeon’s “Sam & Cat,” said the show has been canceled amid rumors of infighting behind the scenes.

“So the news is out about Sam & Cat. I felt it wasn’t my place to make any sort of announcement so I kept quiet until now,” said wrote on her Facebook page. “I want to thank Nickelodeon for making a childhood dream of mine come true, for being a family to me, for being so accommodating and supportive of my multitasking with my music career, and for of course introducing me to many of my fans however many years ago. I want to thank Dan Schneider for allowing me to play such a special, beautiful character who I hid behind for so long. What I mean by that is when I was younger, people loved Cat so much I used to pretend to be more like her.”

She added: “I will always hold Cat near and dear to my heart and appreciate her help in my personal growth from teenager to adult. I know she seems like a simple, daft character (and she is) but she played such a huge part in my life I just wanted to express my appreciation for her and share some of the things I love most about her.”

According to Billboard, the show was a hit after it premiered in 2013. However, there were rumors that McCurdy was angry over her salary, which was allegedly less than Grande’s.

McCurdy has yet to issue a statement about the matter.

Grande also wrote: “So I know a lot of people will think this is a lot for some ‘dumb’ kids show character…. but to me she is actually a lot smarter, stronger and braver than all the rest of us.

“Hopefully we’ll find out one day if Cat & Robbie ever got married. If I had any say in the story from here on out I’d make sure they were happily married with sweet, eccentric, Jewish, artificially red headed babies. Cat would constantly find herself reminding Aunt Sam to leave the butter sock and other dangerous weapons out of the house. They’d live down the street from Jade and Beck, also happily married with purple and black haired, pale, grungy, beautiful, goth babies.

“Thank you to the cast and crew who I spent almost every day with for a good 4 or 5 years. Thanks for lighting us beautifully, shooting us beautifully, making the most incredible props, yelling at us when we were running late to set, keeping us on track and most of all for making it such a positive work environment. The guys behind the scenes couldn’t have been more pleasant or hard working and I appreciate them for that so much. I can’t imagine that there is a more pleasant or professional crew in Hollywood.”