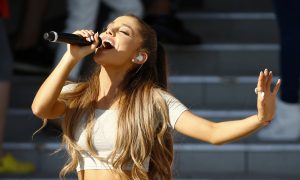 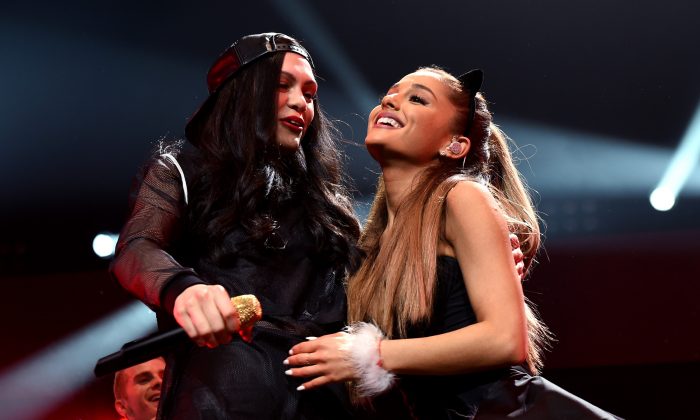 Ariana Grande Insists on Being Carried Like a Baby: Report

Pop star Ariana Grande’s latest demand is being carried like a baby, according to a new report.

Grande, 21, recently laid down her new rule, reported In Touch.

“Her new rule is that she has to be carried–literally carried like a baby–when she doesn’t feel like walking,” a source who witnessed Grande being carried like a baby by a staff member while filming her Love Me Harder music video said.

“She says that she doesn’t want her precious feet to hit the floor.”

The source also said that Grande made the demand again at rehearsals for the Victoria’s Secret Fashion Show.

“Everyone was stunned,” the source said. “Ariana is such a diva. Everyone rolled their eyes when she asked to be carried.”

Then again, there’s some dispute over the rumors veracity.

“Even though this story is absurd, a lot of people have been asking about it, so we reached out for comment,” said Gossip Cop.

A representative for Grande labeled the story “fake.”

On the other hand, it’s not the only report about Grande’s alleged demands recently.

Star magazine said in late October that the singer demanded an assistant feed her water at the BBC Radio Teen Awards.

“She had an assistant follow her around with a bottle of water and a straw,” a witness said.

“And as soon as she was feeling a bit parched, she would scream, ‘Water!’ and the girl would scurry over.”