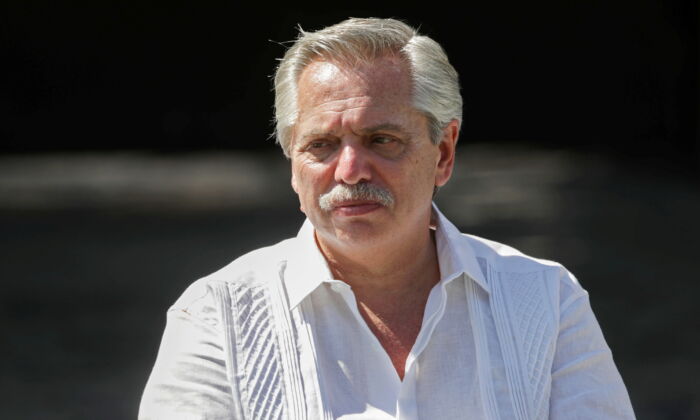 Argentines are growing increasingly frustrated with inflation, soaring poverty, and unemployment rates in their country, which stem from the government’s socialist economic policies.

“Our situation wasn’t good even before the pandemic. My family can barely afford basic things. Inflation has been out of control for years. One of our neighbors asked my father to borrow money for food just last week,” Jorge Alvarez, a 24-year-old university student from La Plata, told The Epoch Times.

Alvarez said he attended a large protest in Buenos Aires involving tens of thousands of citizens, which took place on Aug. 18. The demonstration was part of a series of organized peaceful protests aimed at demanding economic solutions from the administration of President Alberto Fernández.

Inflation in Argentina has remained at record levels since 2017. Former President Mario Macri turned to the International Monetary Fund (IMF) for financial assistance in 2018, which created a spike in foreign debt accumulation, currency depreciation, and inflation. Fernández, who took office in December 2020, promised economic reforms amidst the pandemic lockdowns brought on by the CCP (Chinese Communist Party) virus, which compounded the nation’s already struggling economy.

“My sister and her children moved in with us after she lost her job in December. She couldn’t afford her apartment. Thankfully, her oldest boy found work selling [refurbished] phones. You have to be creative to find work, even in bigger cities. Even so, it’s not always enough to pay the bills,” Maria Romero, 44, told The Epoch Times

When asked how she felt about the government’s welfare policies, Romero said: “Our government borrows money to just keep giving it away? How does that fix anything? We need jobs. We need to control prices in the stores. Years of handing out money helped put us in this mess.”

In May 2020, the Argentine government defaulted on its sovereign debt for the ninth time in its history. A combination of unstructured lending policies with the IMF and labor market challenges created dependency on the government’s extensive welfare programs.

More than four in 10 Argentines were living in poverty at one point this year and unemployment topped out at 11 percent in January. While this is a decrease from the 13.1 percent unemployment rate in July 2020, Argentines still feel the effects of diminished work opportunities and heavy inflation.

Salvador Ortiz, 39, told The Epoch Times he’s been out of work for over two years after losing his university job in Corrientes.

“I wasn’t hired back at the beginning of 2019 since [student] enrollment was low. Then the pandemic hit. Social service money has helped, but you can’t really live on it. The work situation is much worse now and everything is expensive. I thank God the mother of my children still has her job.”

Alexandra Vega, 26, doesn’t come from a poor family and both of her parents are employed. She nonetheless had an “embarrassing” experience at the supermarket.

“I didn’t have enough money with me to buy the meat and eggs my mother asked me to get. The prices had gone up again. I called and asked which one she wanted me to purchase. She told me to leave the eggs behind,”Vega told The Epoch Times.

“I don’t come from a poor family, both my parents are still employed. It frightens me to think how people are surviving with even less,” Vega added.

Though President Fernandez, a member of the Peronist Justicialist Party, spoke of changes in the nation’s fiscal policy, Peronism in practice has historically been a disaster for the country, leading to the same kind of inflation and currency devaluation that is already prevalent.

The Epoch Times reached out to the office of the Ministry of the Economy’s office for comment, but received no response.